THE LARGEST SHOPPING AND ENTERTAINMENT CENTER ON THE LEFT BANK OF KYIV.

An international team of designers took part in the project of a shopping and entertainment complex on the Left Bank of the capital of Ukraine. The concept of the mall was developed by the well-known international company Chapman Taylor (London, UK). 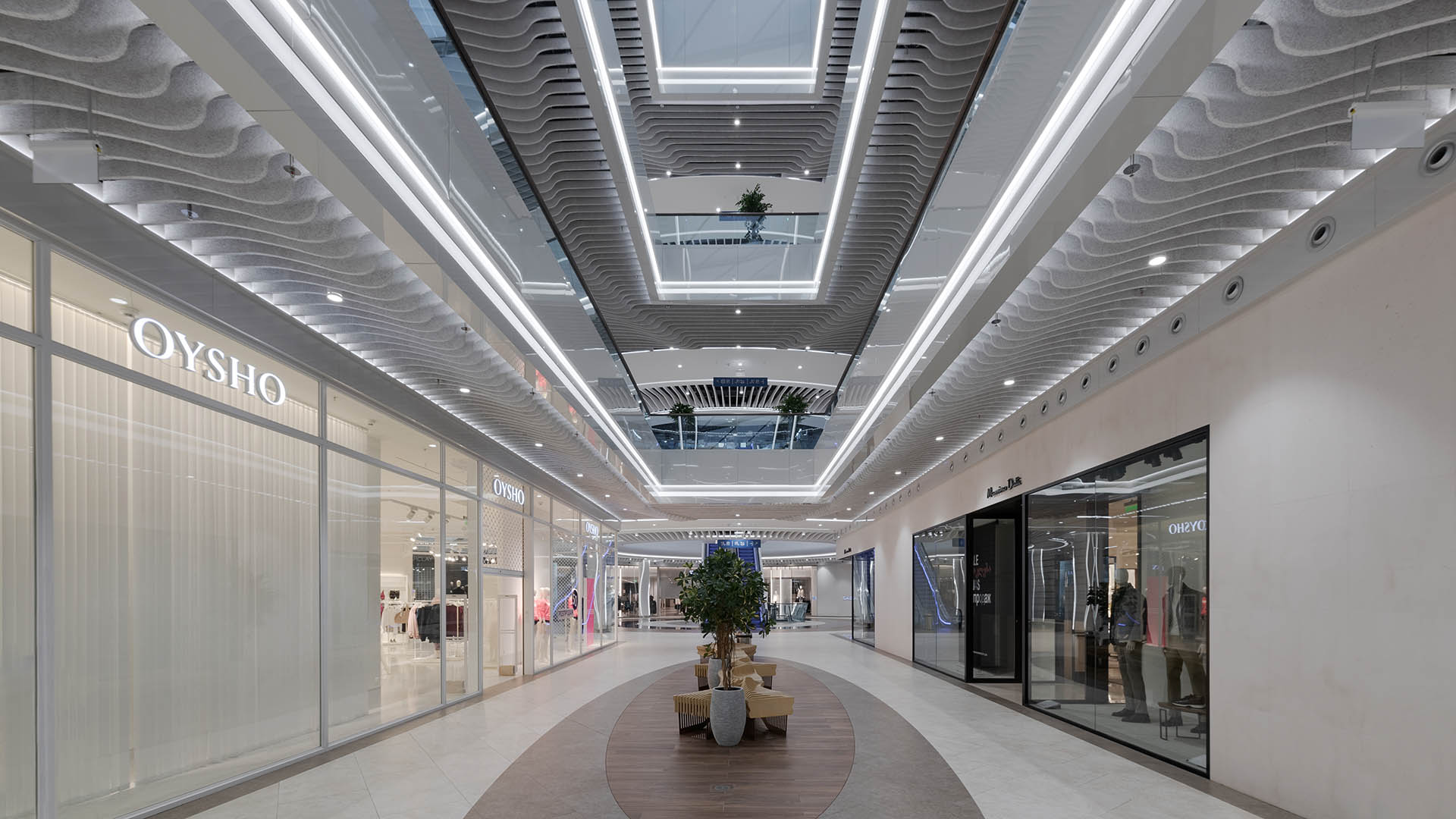 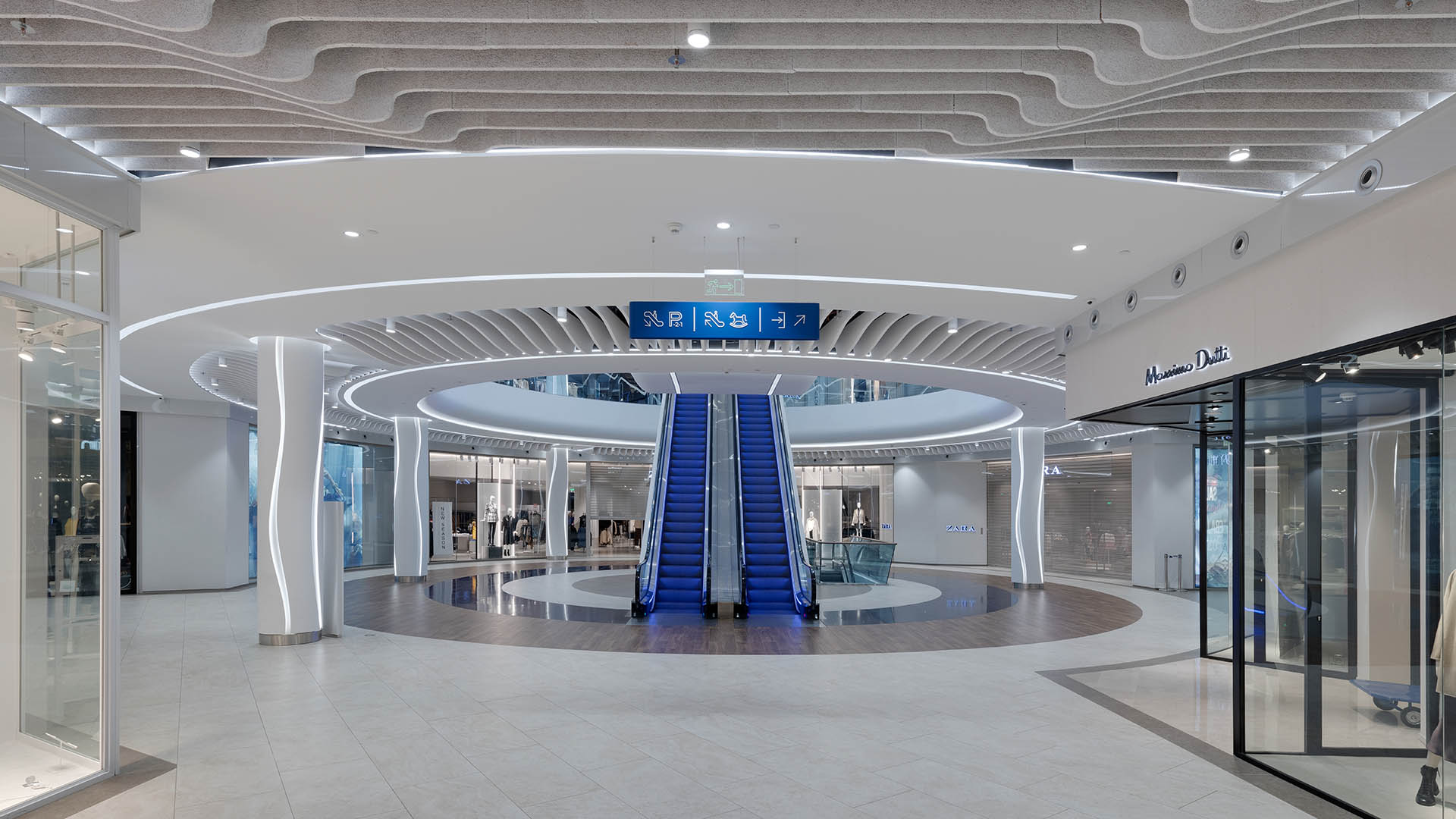 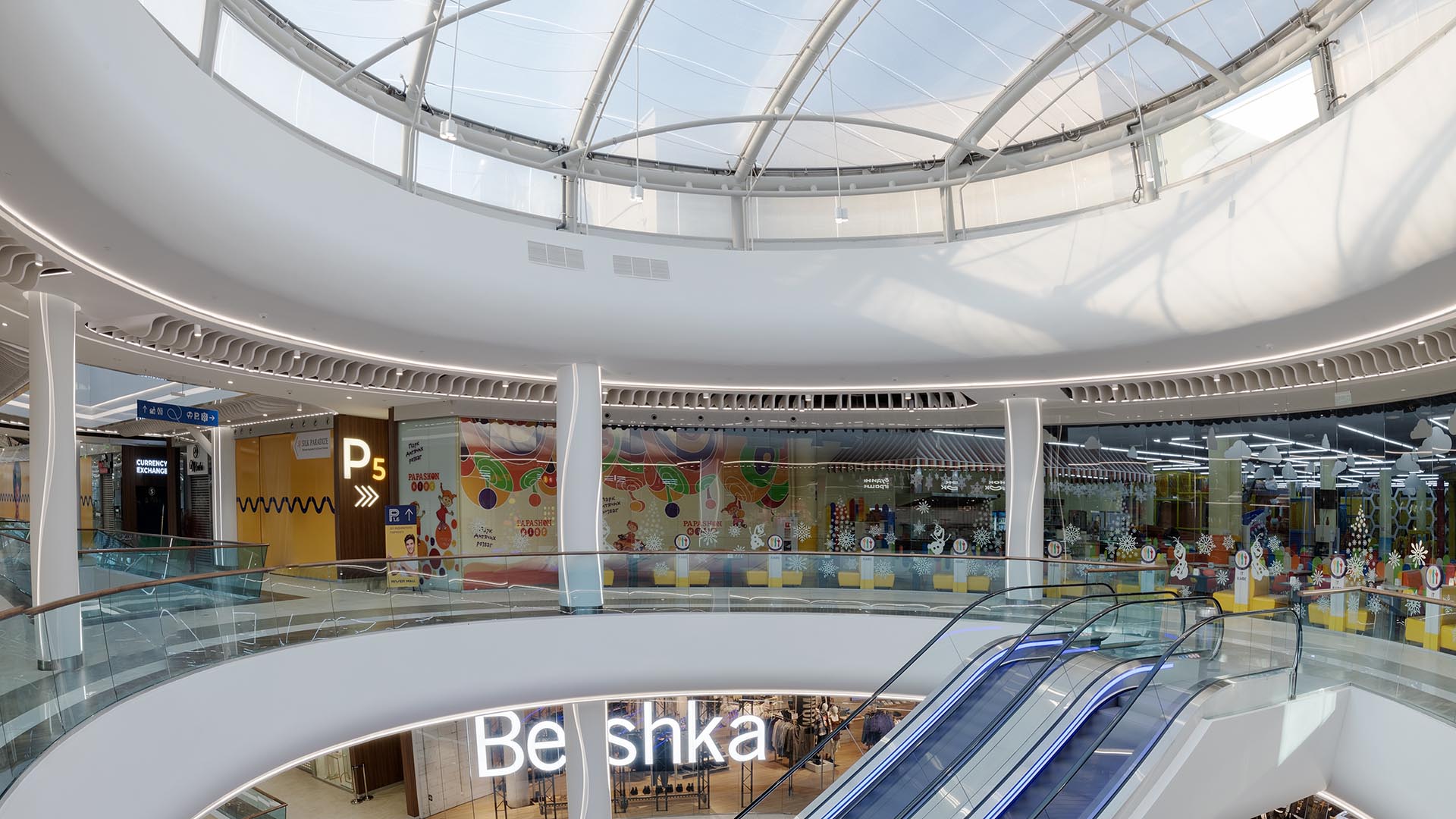 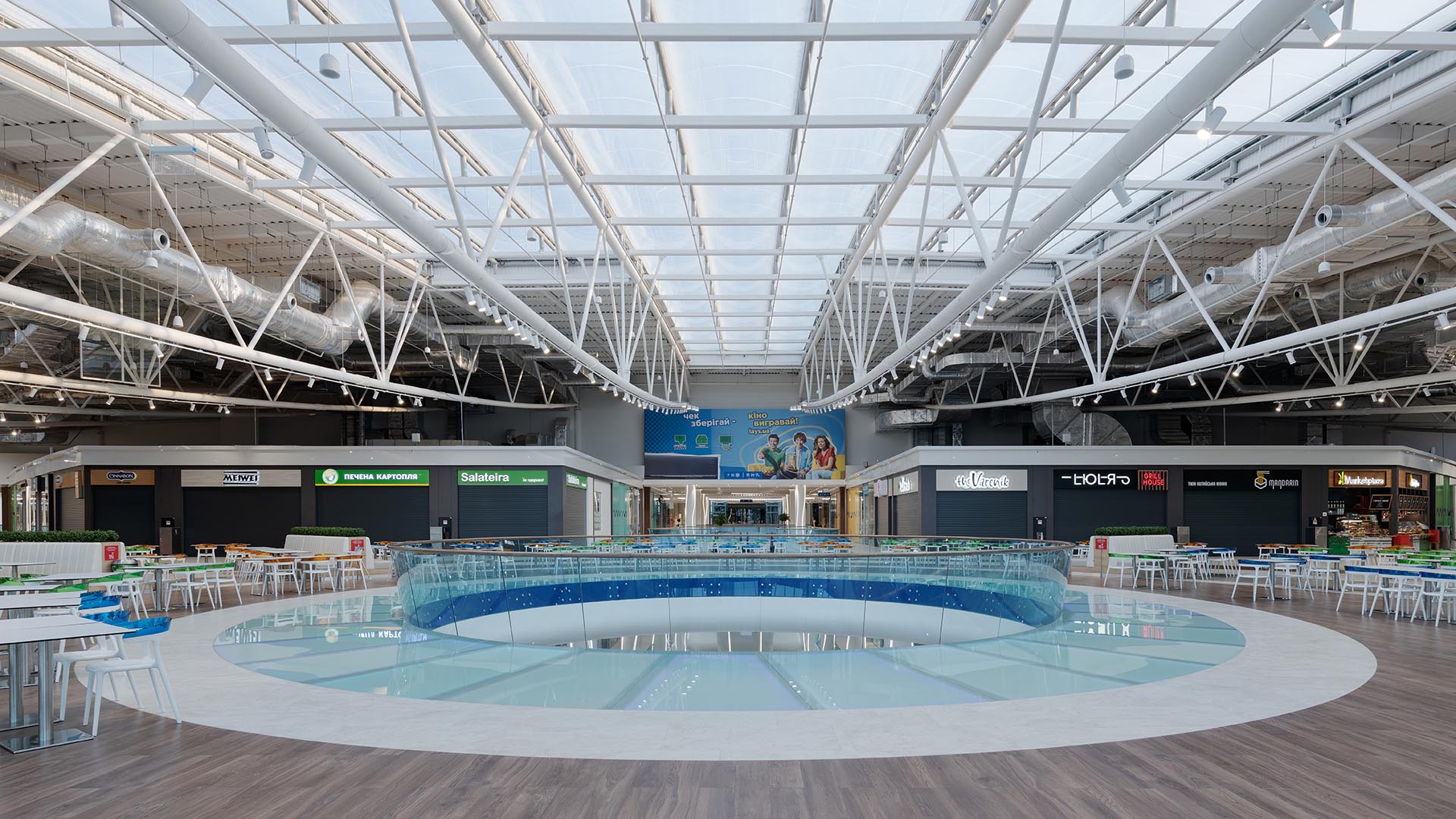 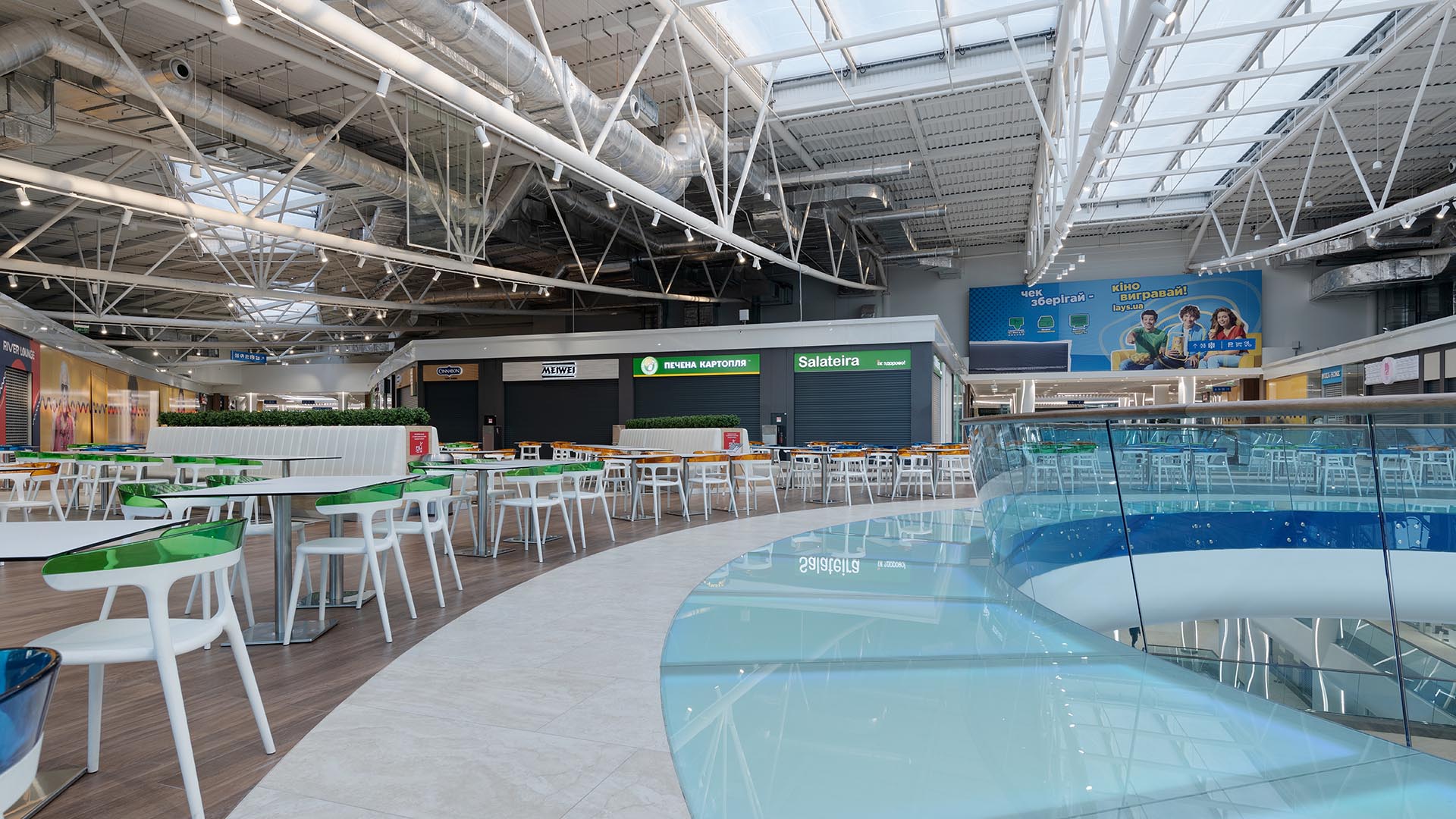 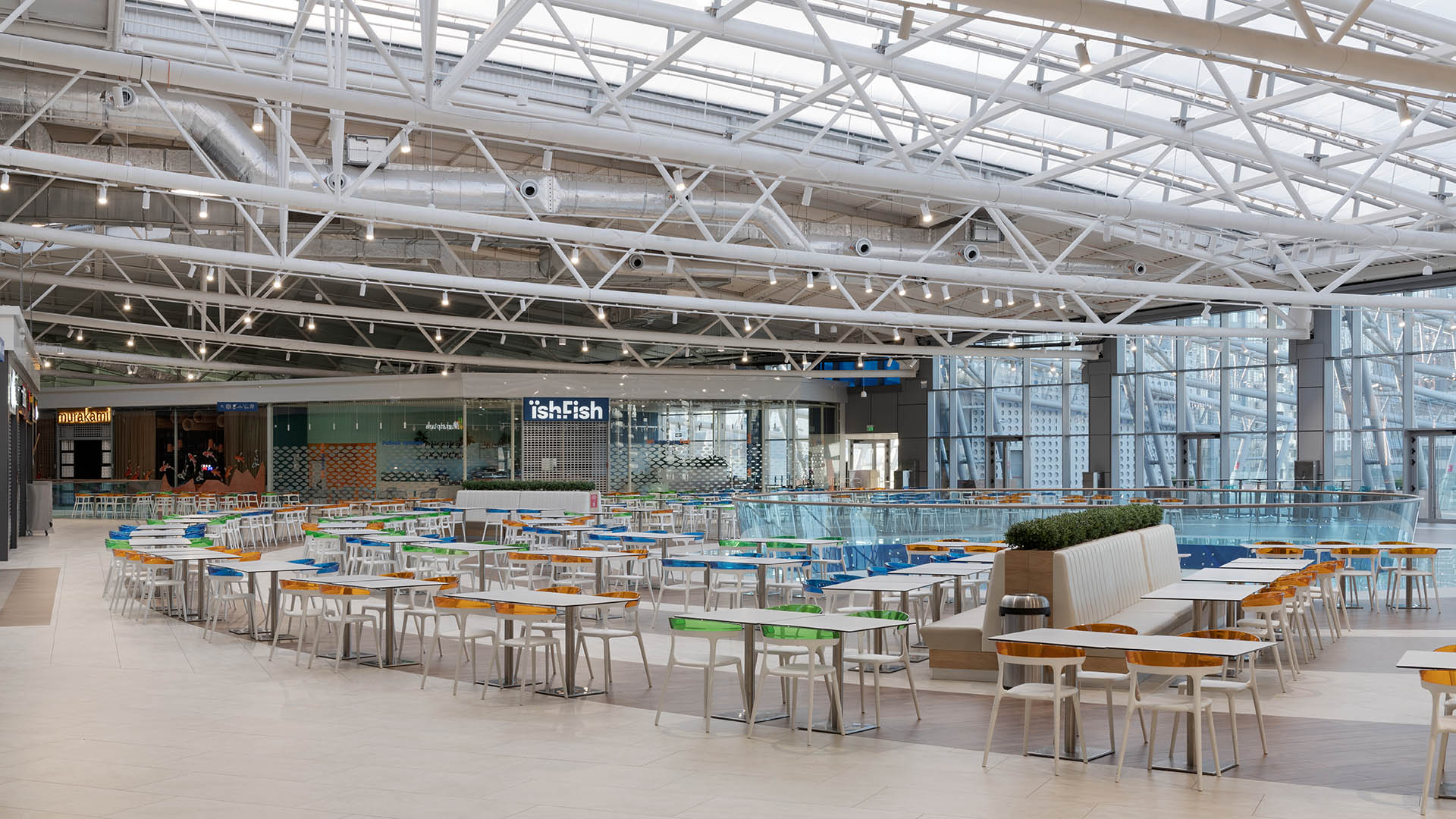 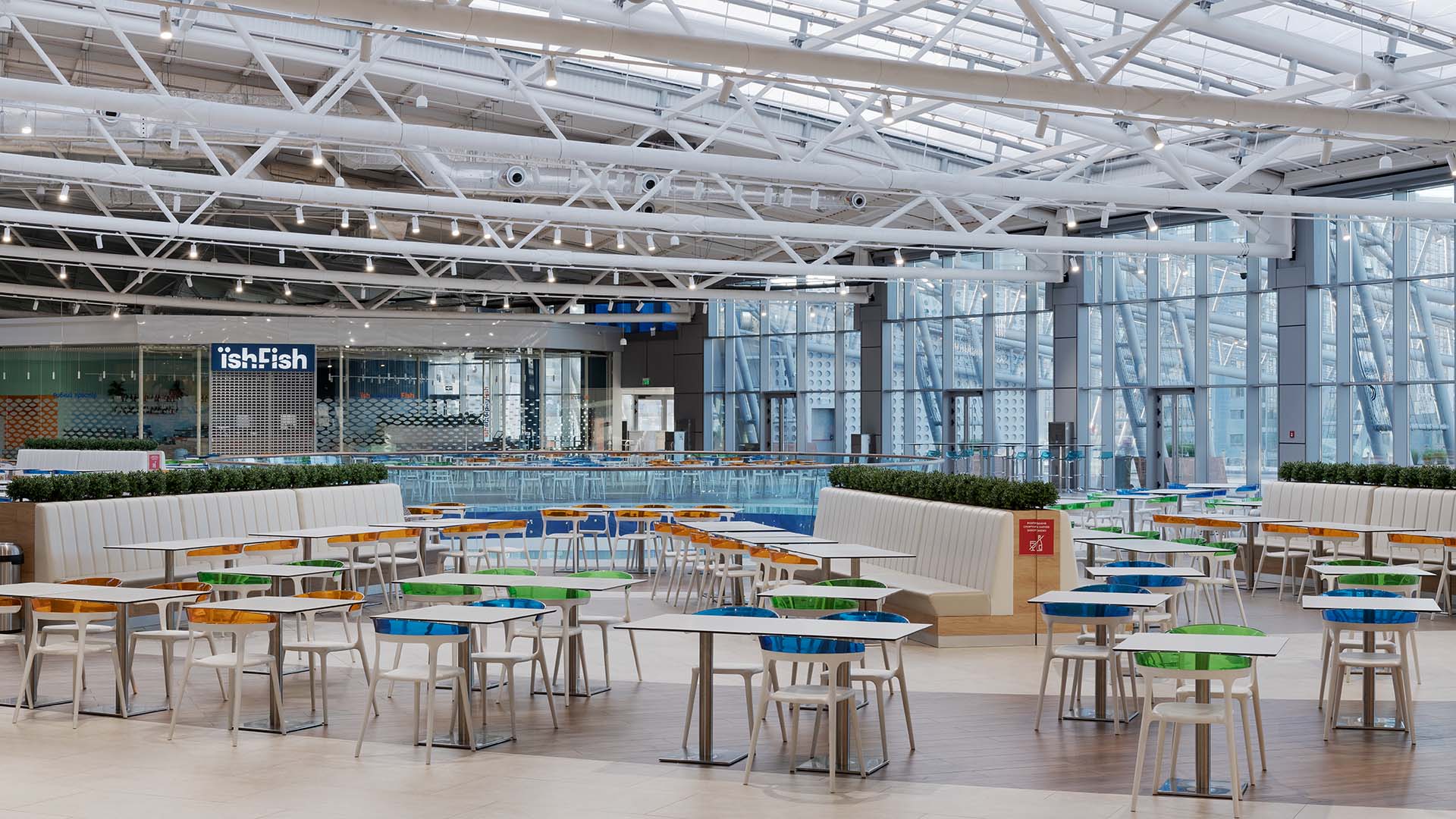 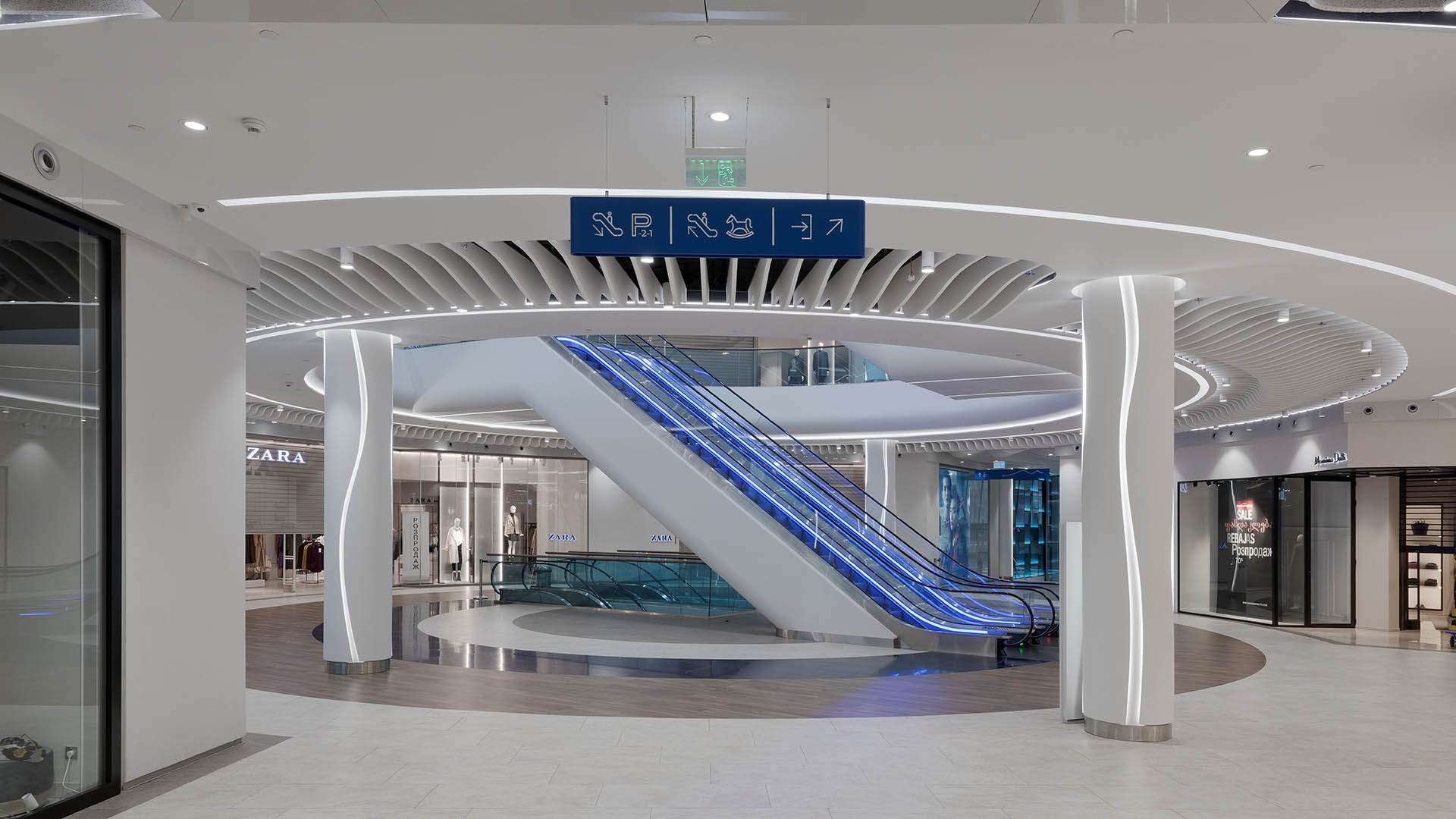 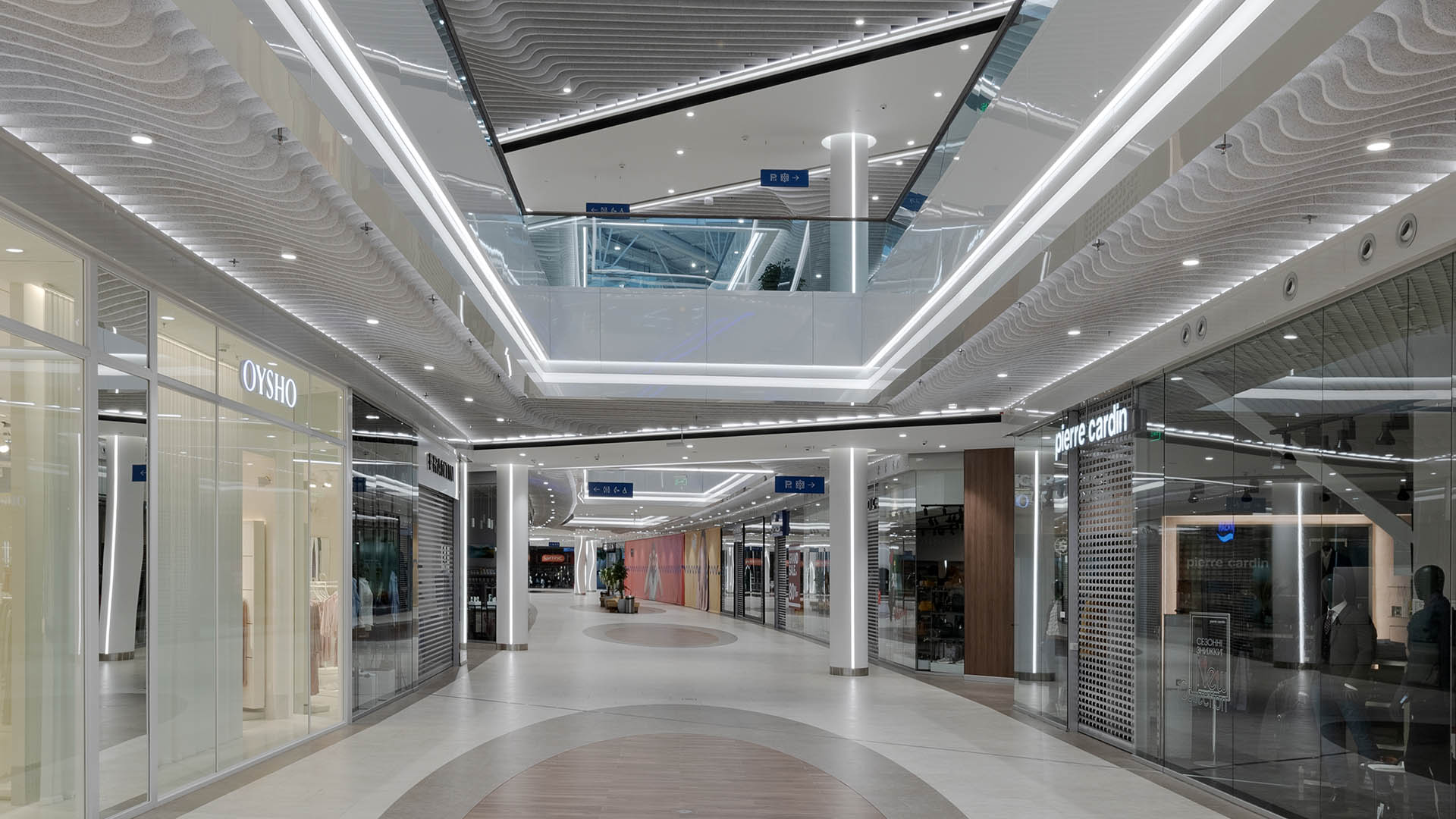 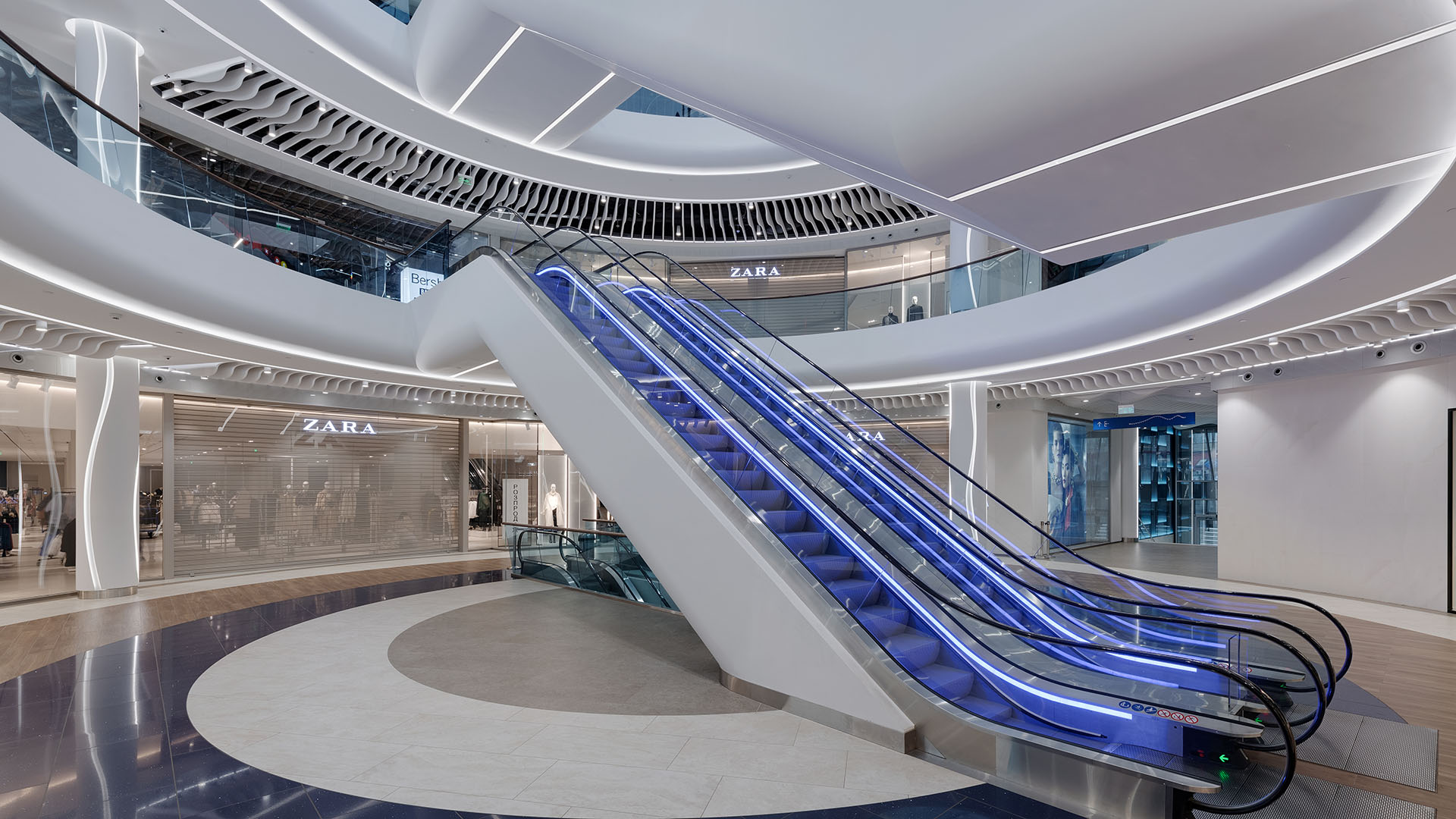 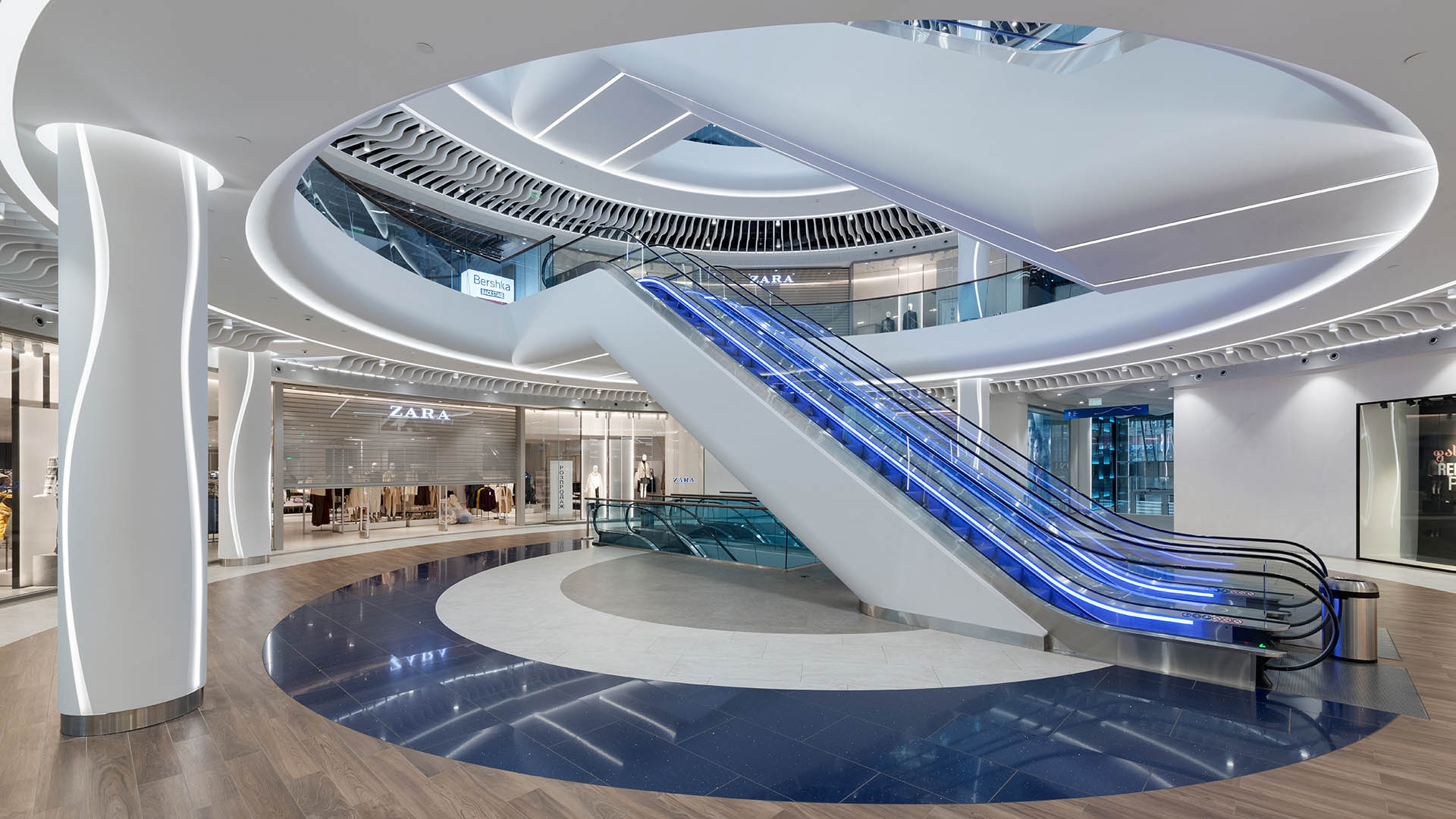 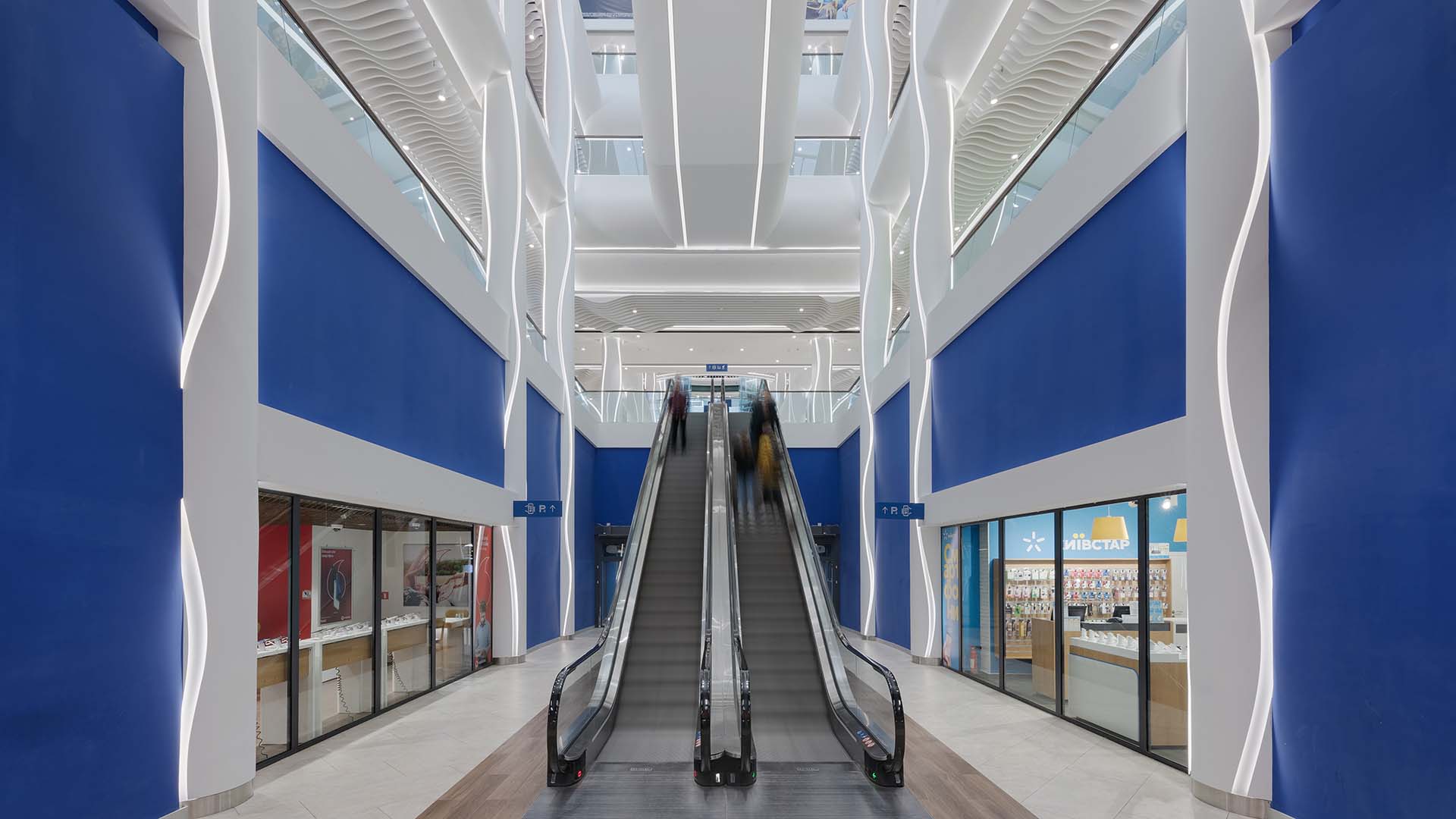 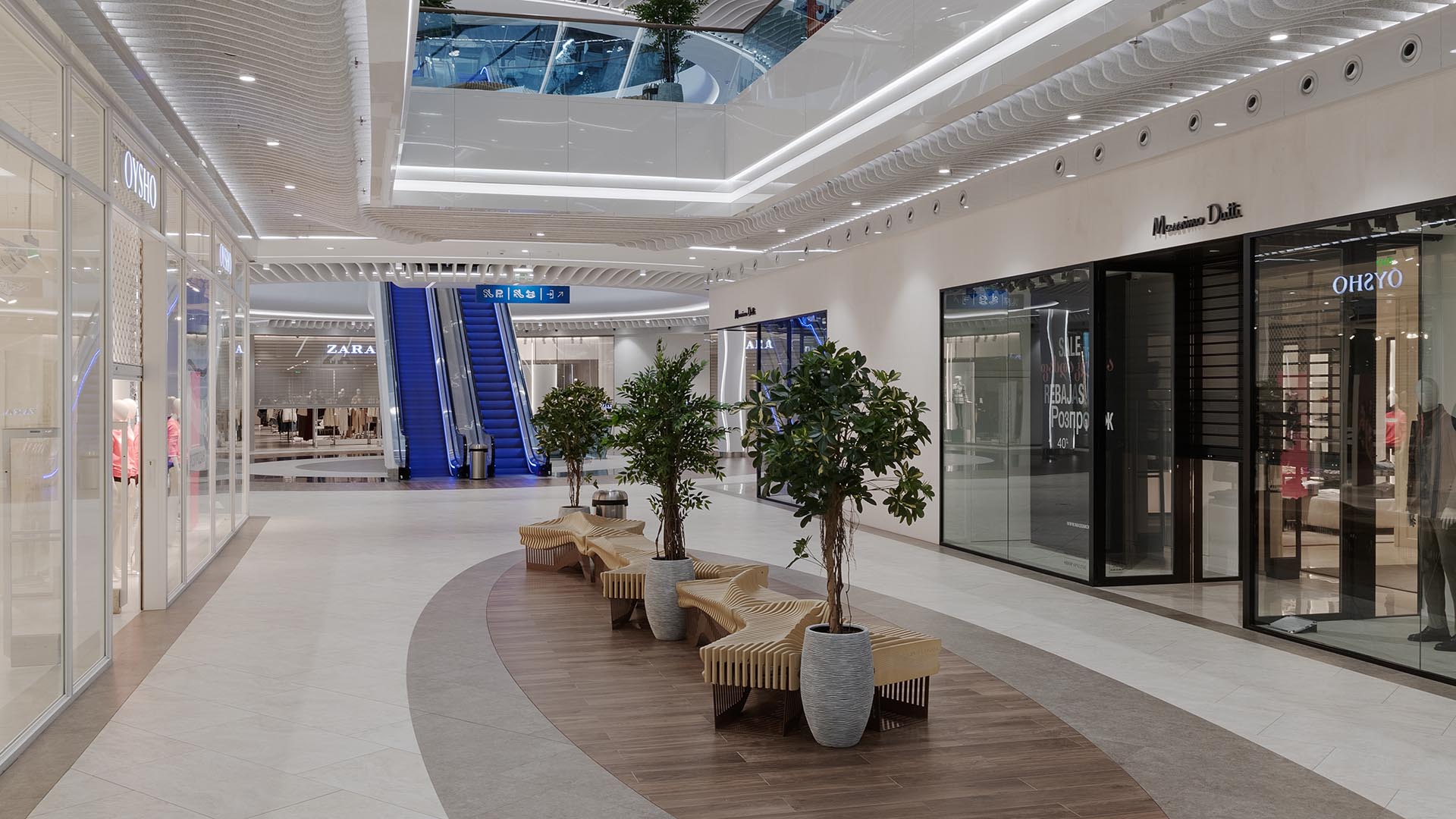 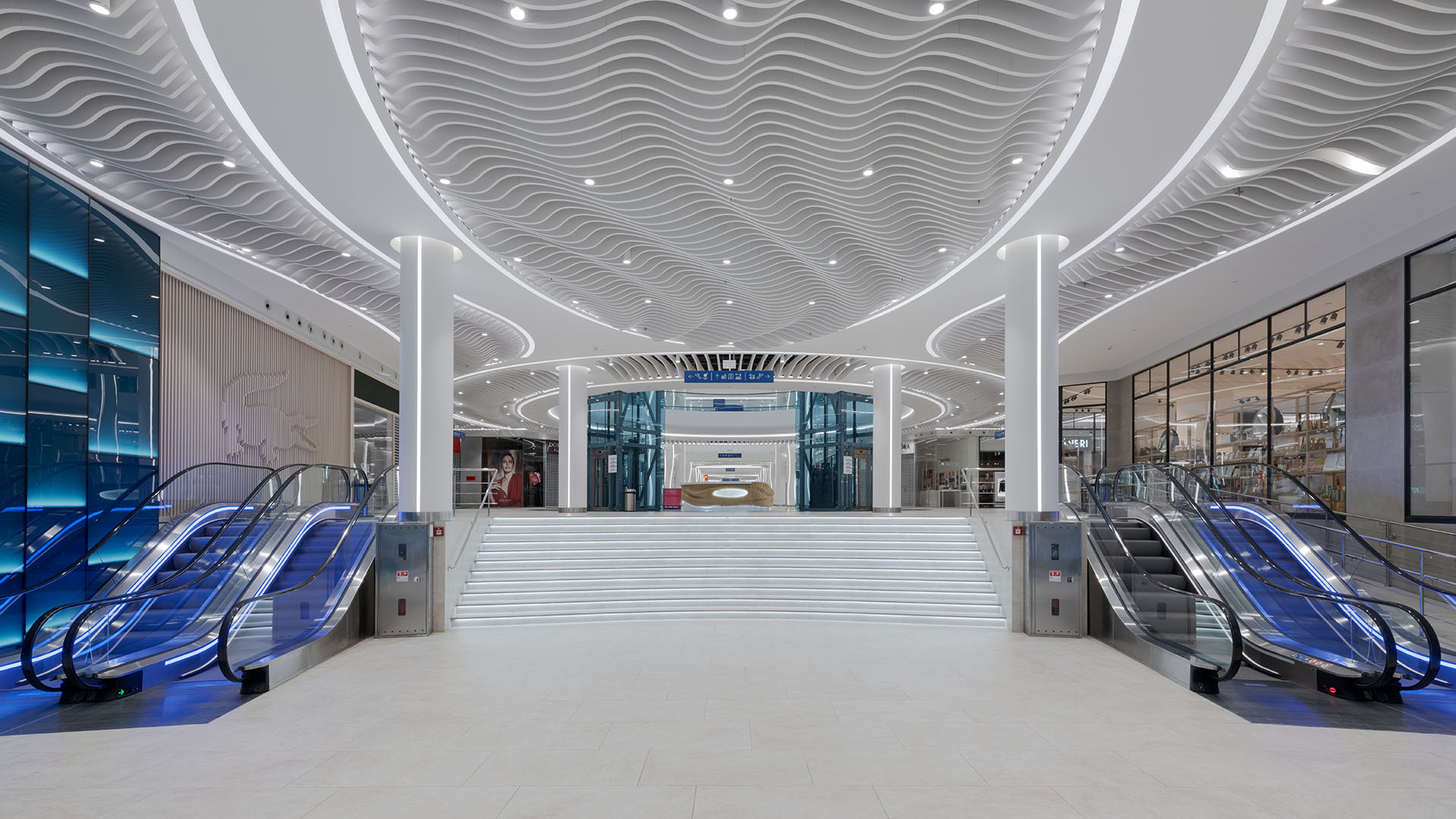 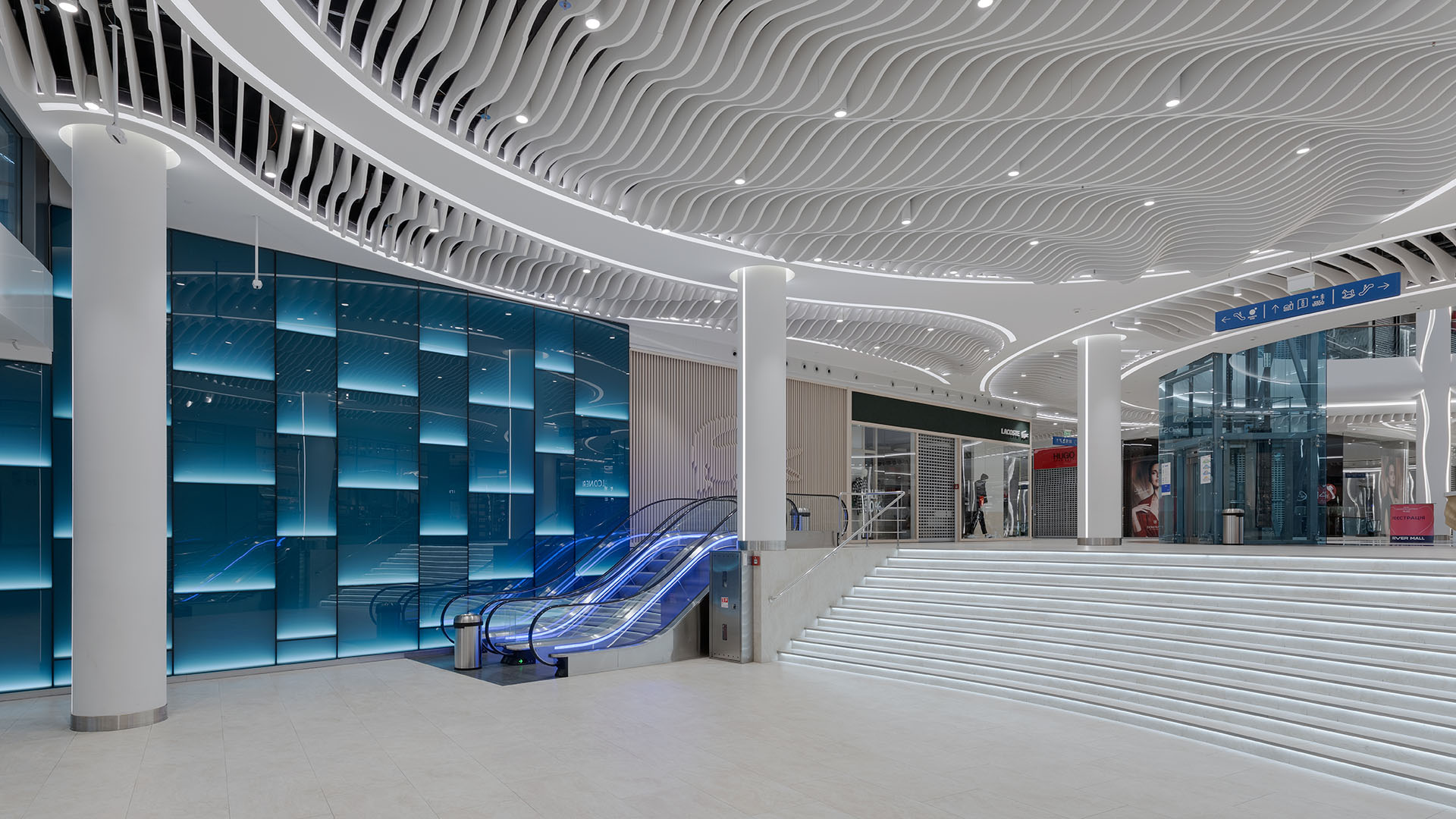 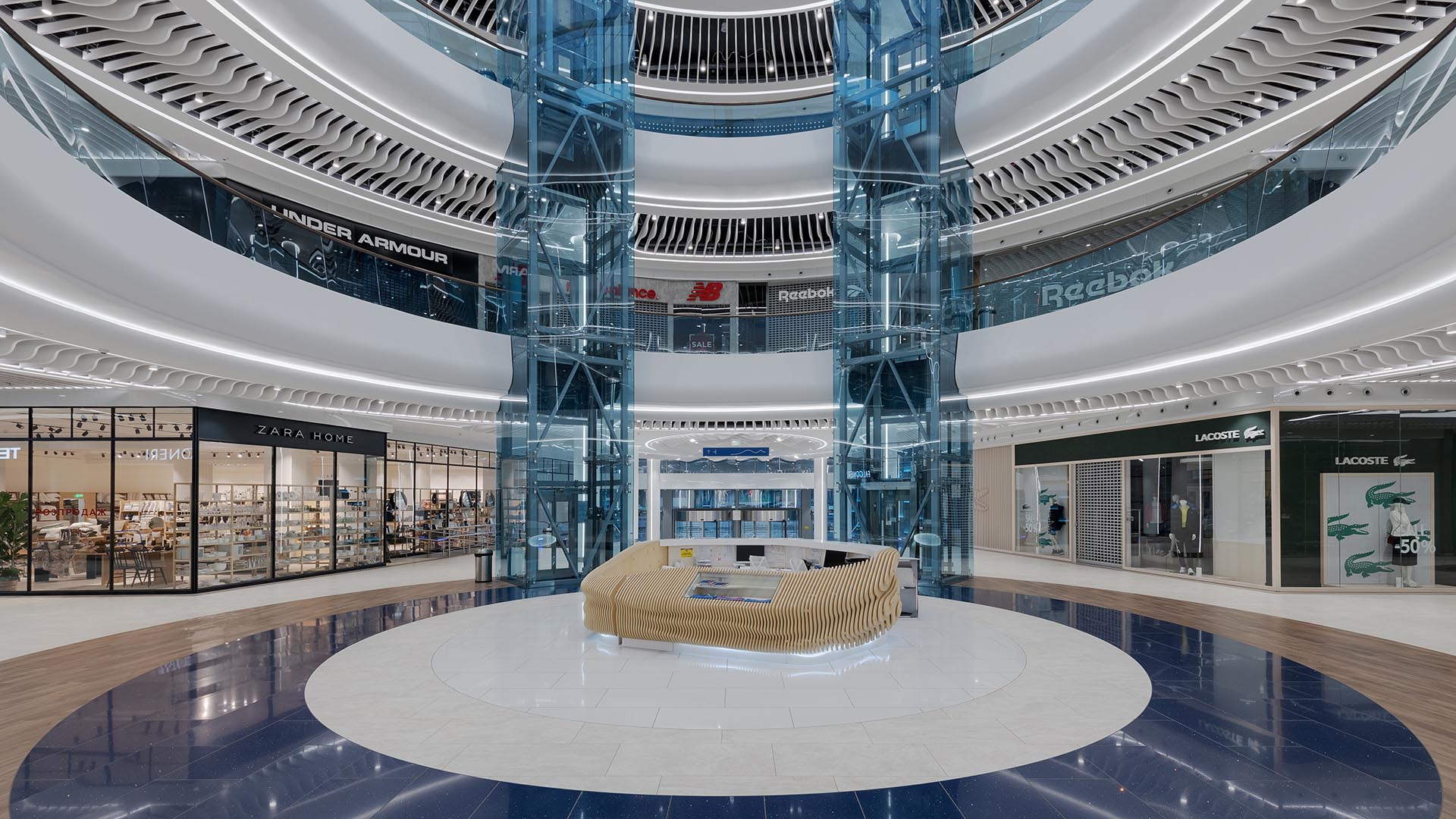 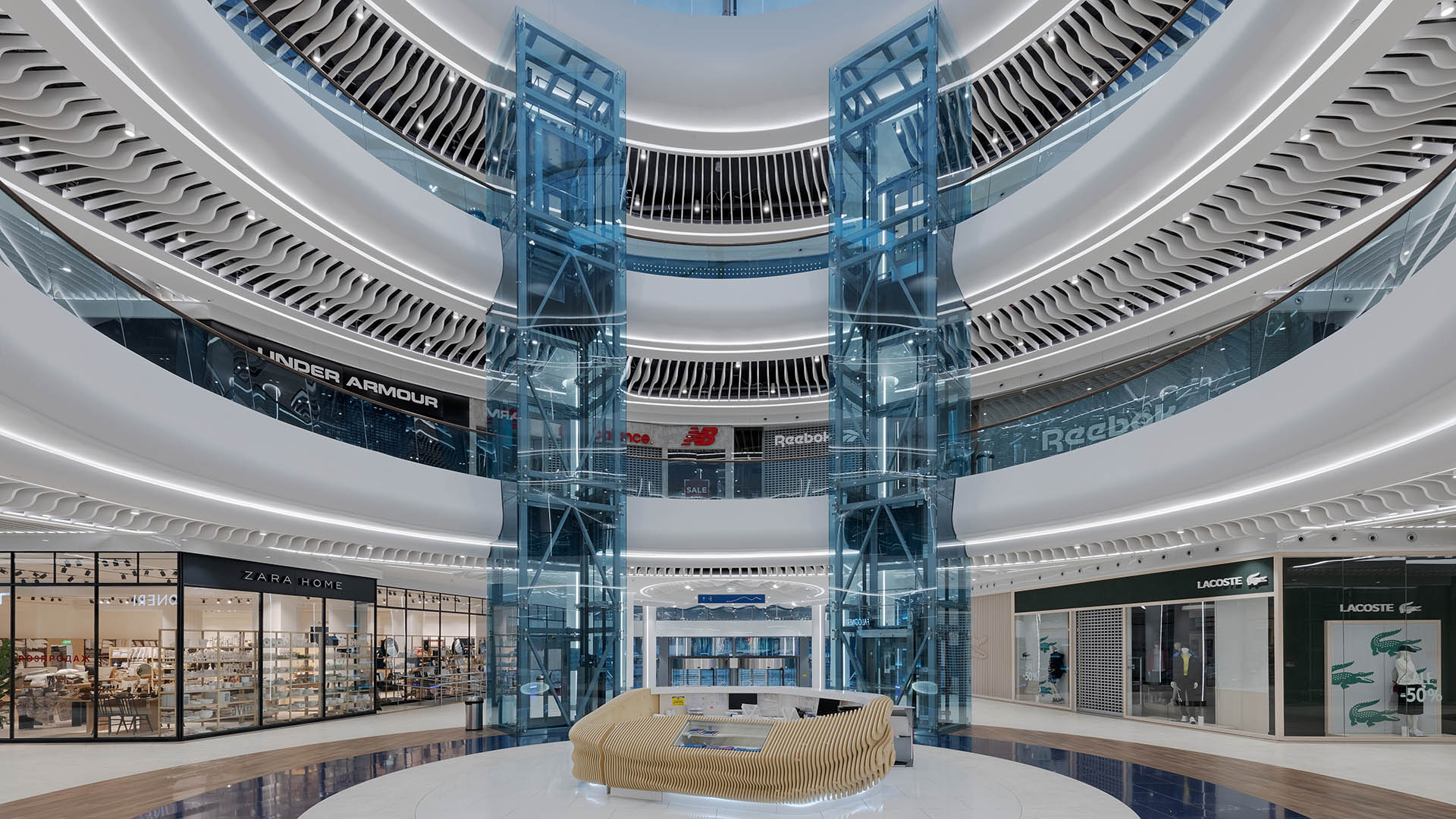 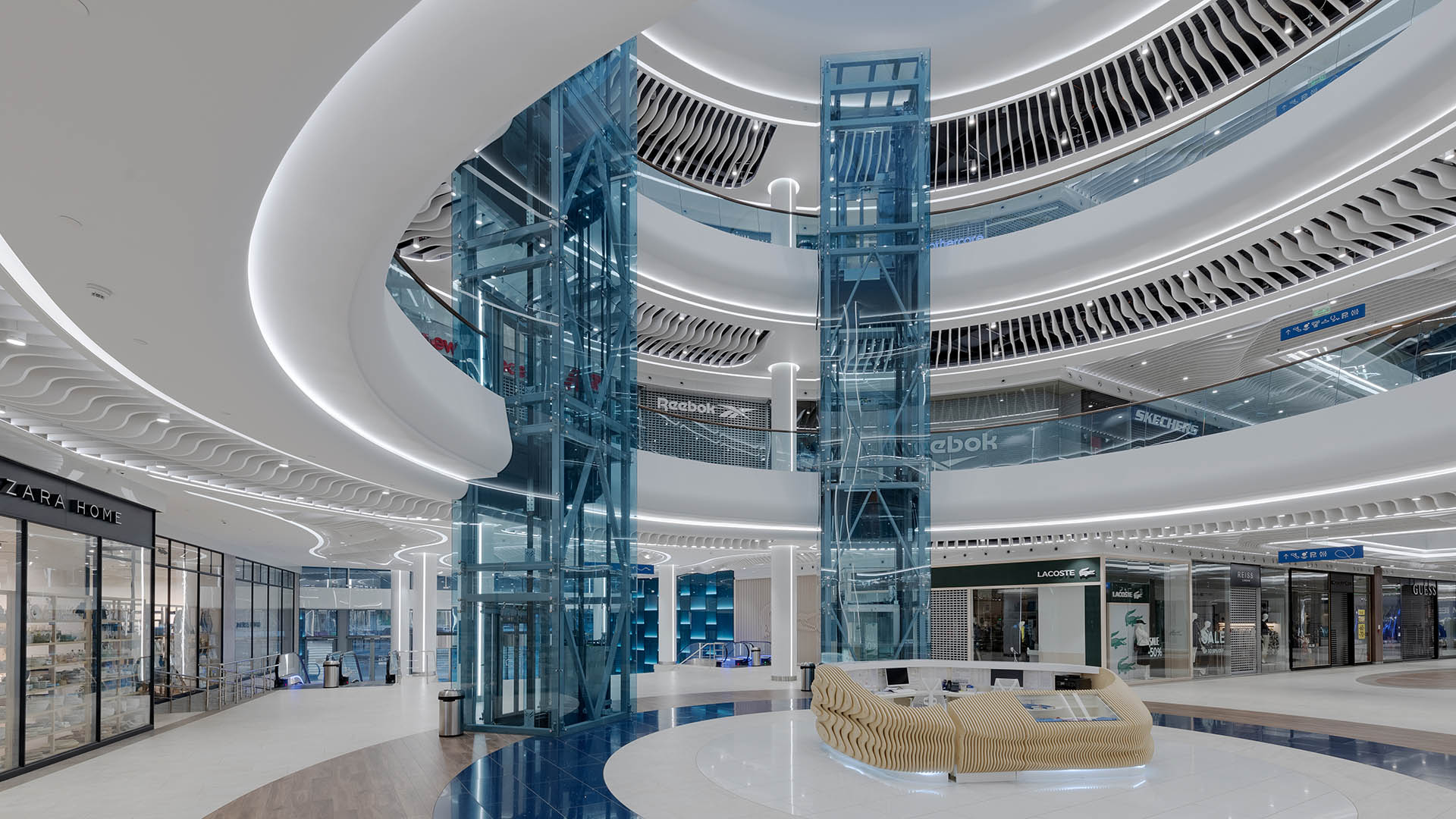 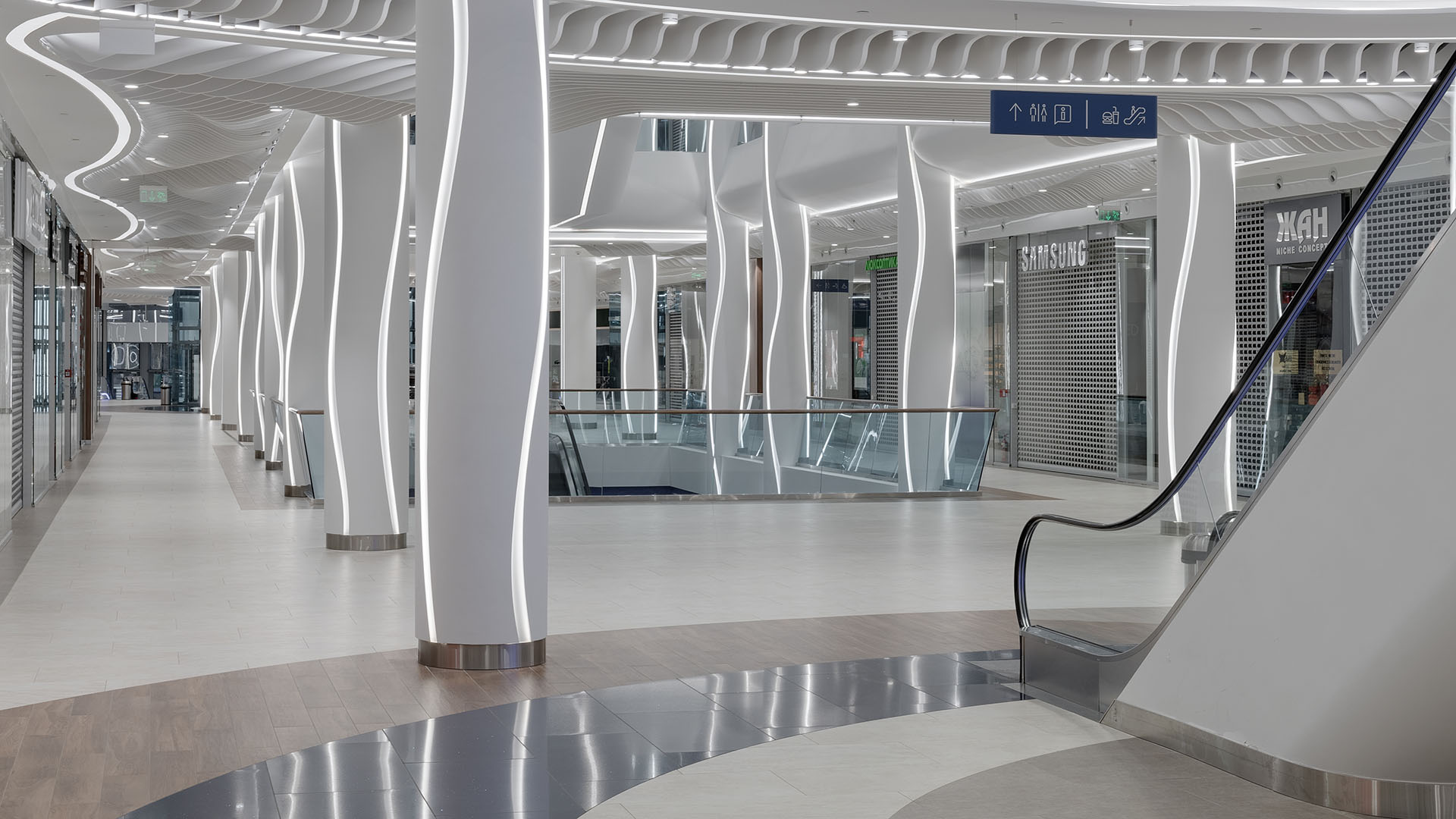 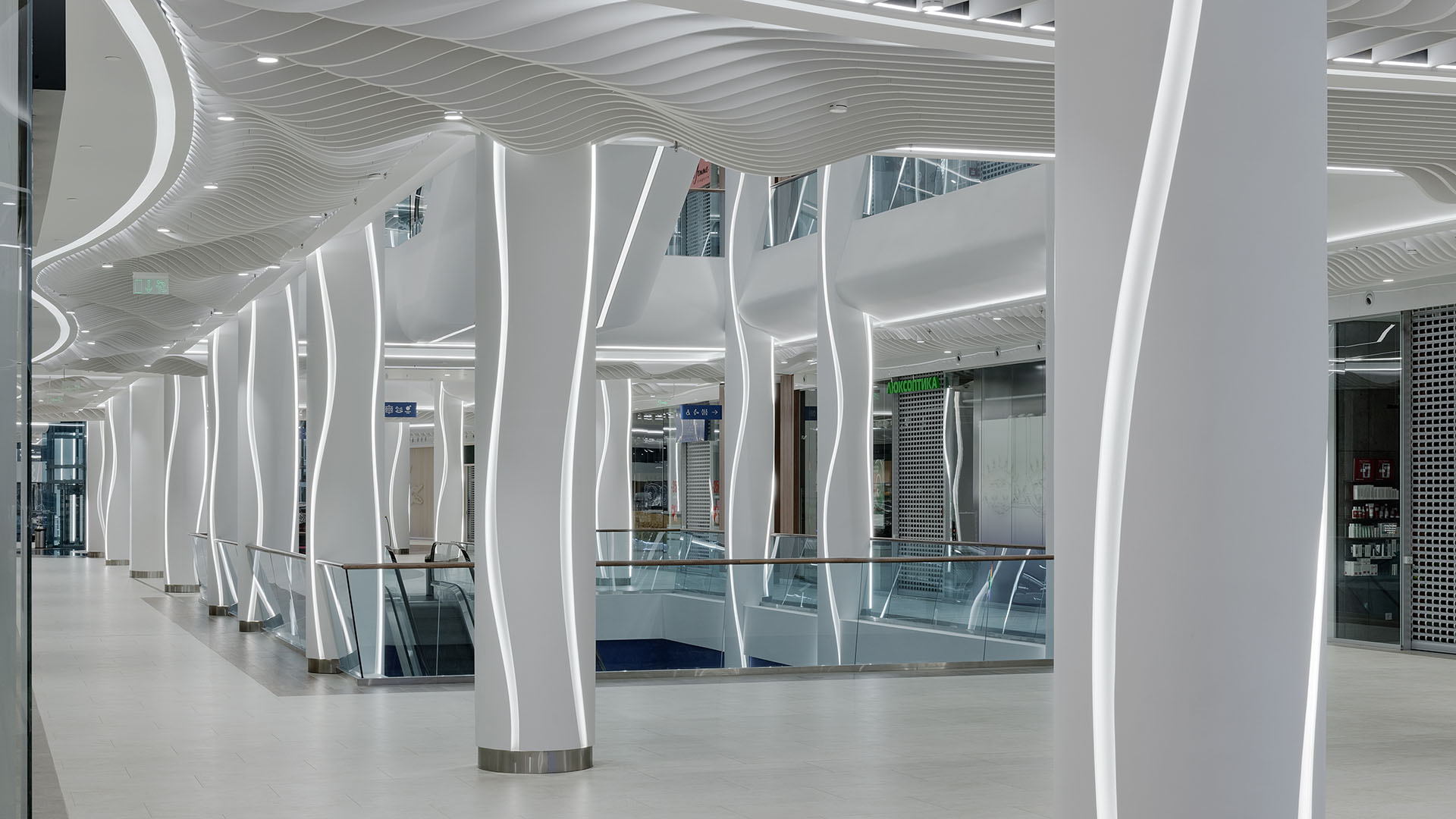 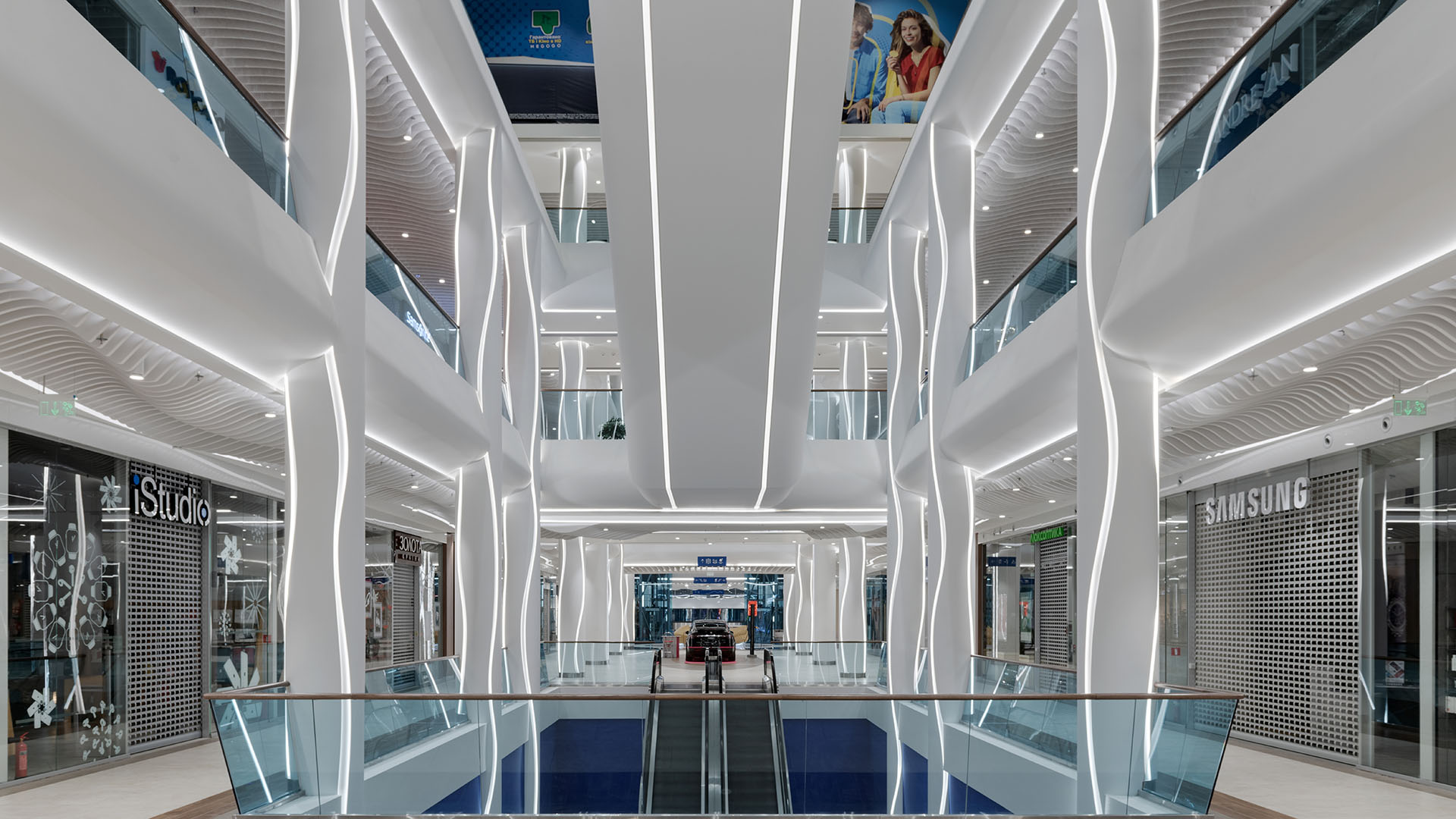 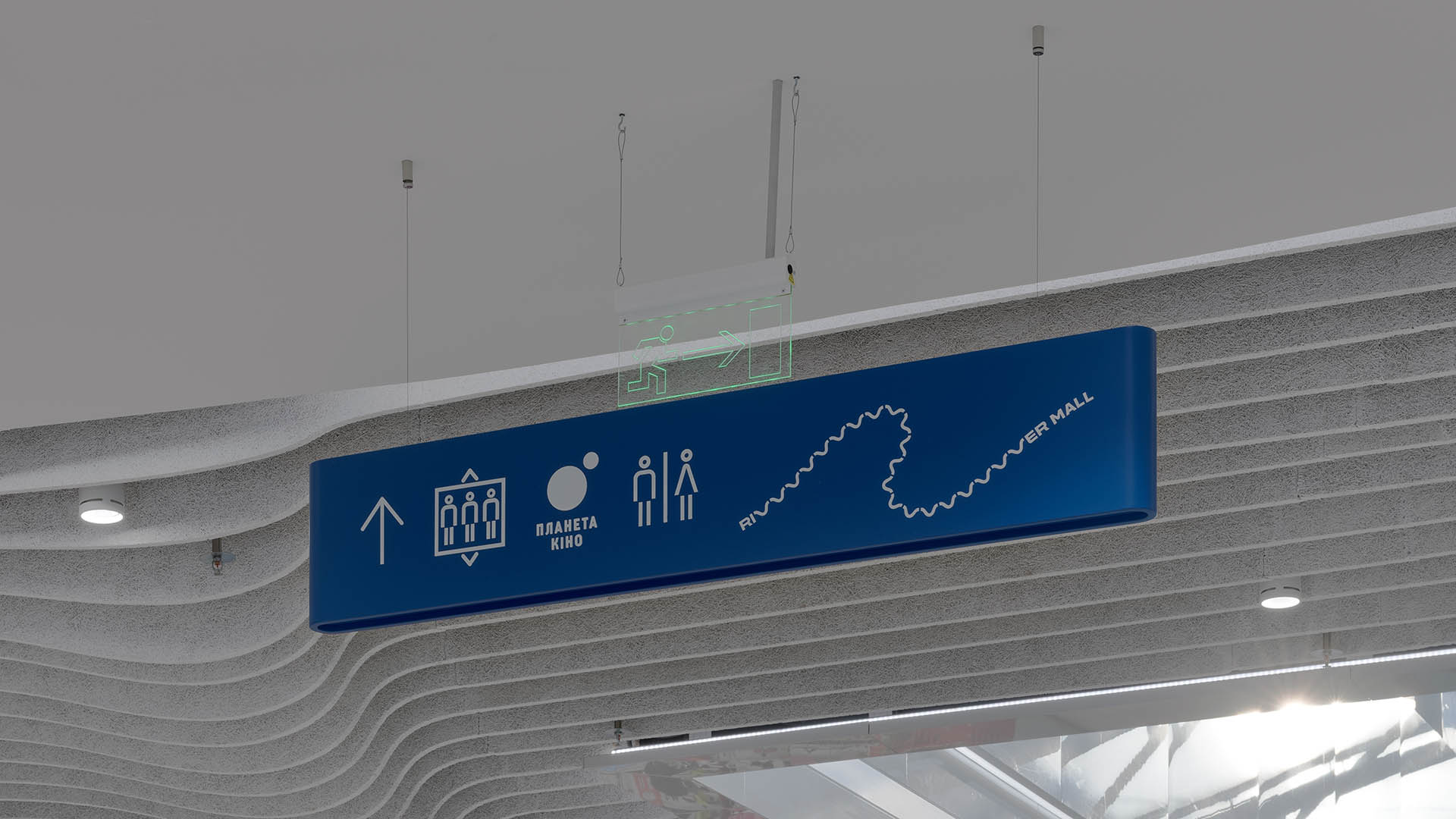 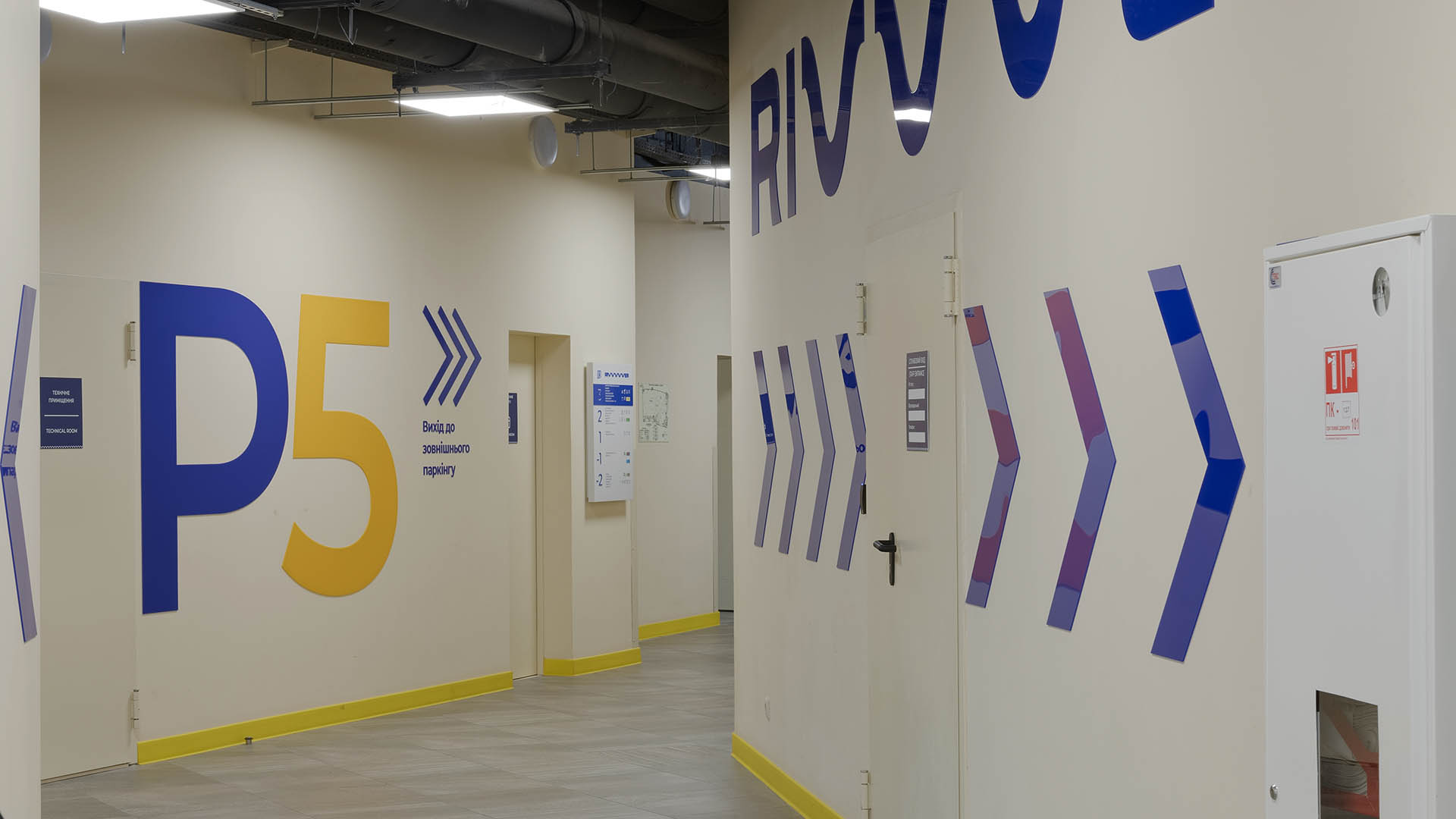 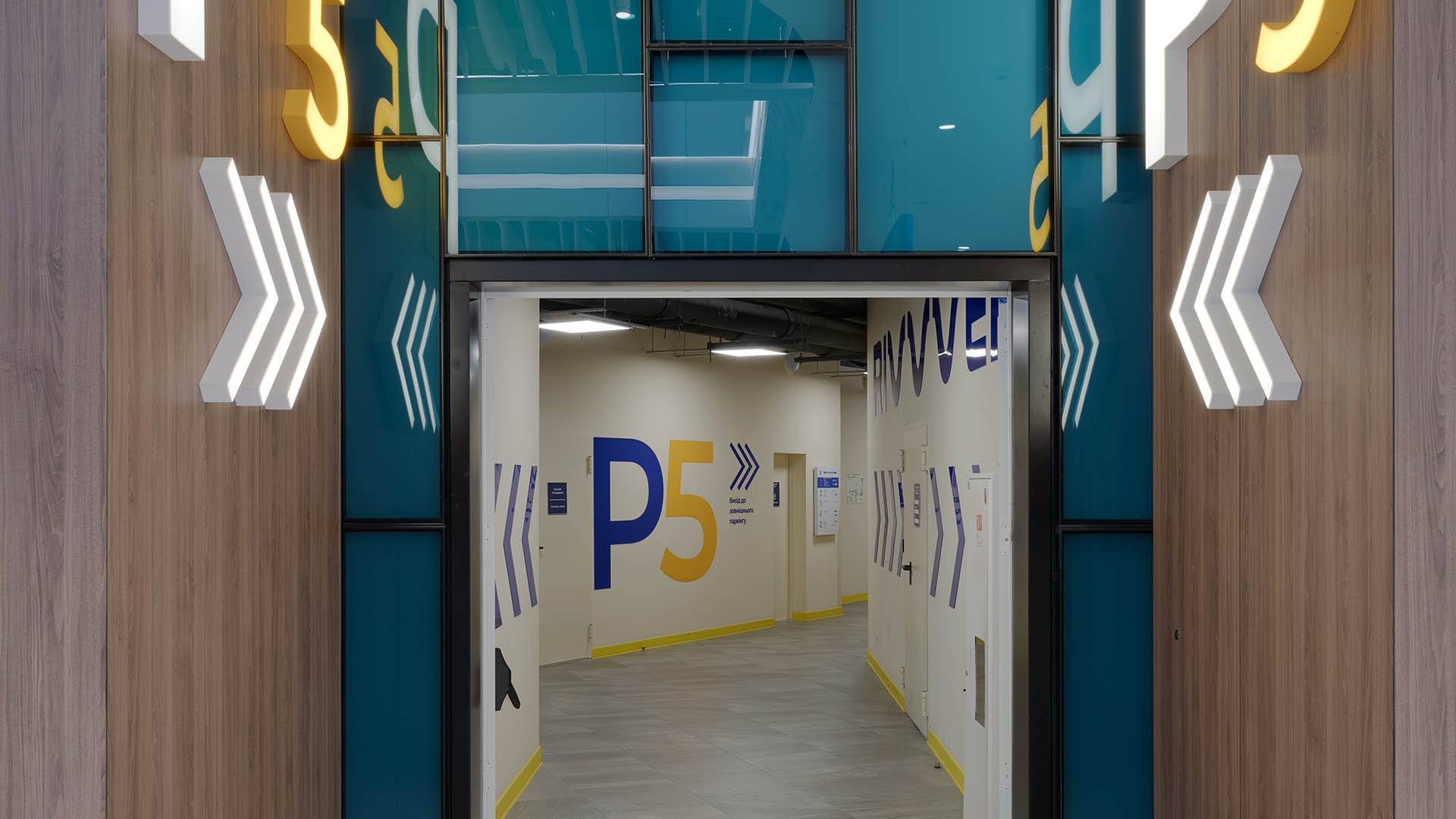 Having started working on the interiors of the River Mall, AVG team already had experience in designing the interiors of the largest shopping and entertainment centers in Ukraine – Lavina Mall and Blockbuster Mall. In parallel, work has already been carried out on such large-scale projects as Retroville and Smart Plaza Polytech. 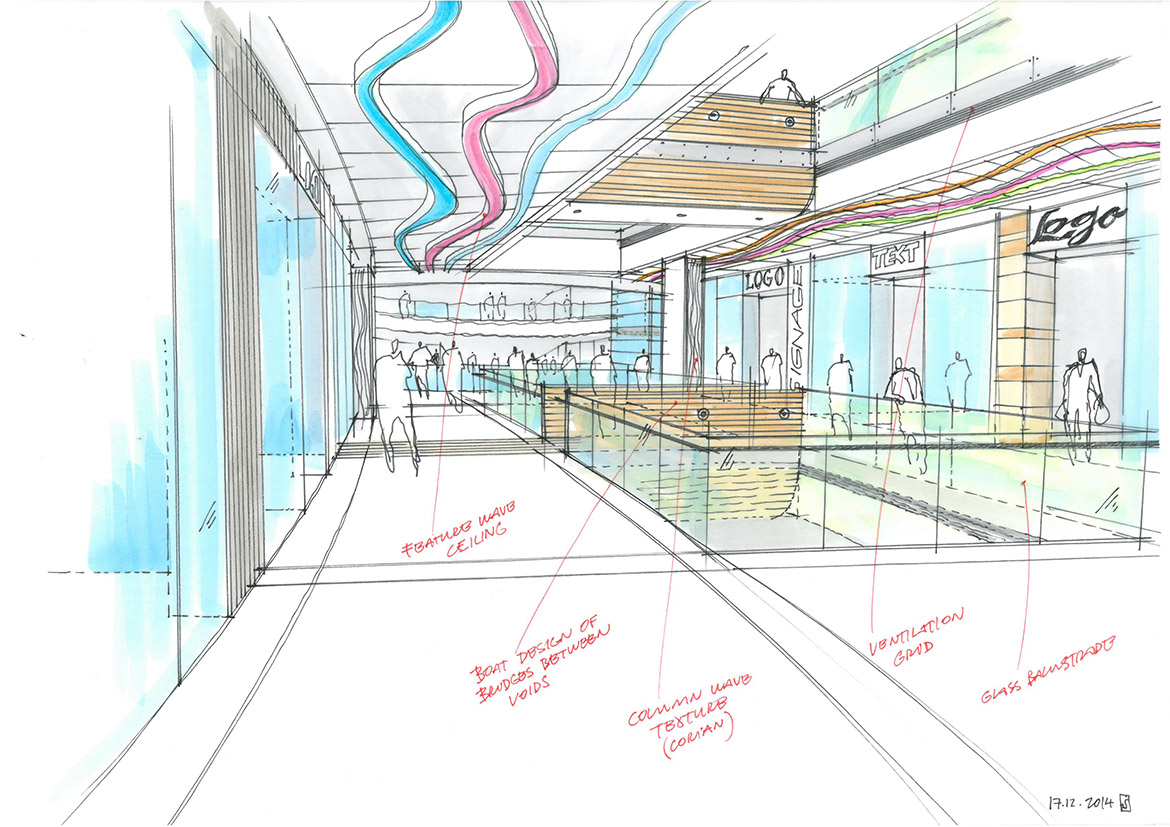 The main idea of the object is reflected in the name and was to be continued in interior design. The theme of water in the River Mall can be traced in every detail of the interior decoration: for its implementation, exquisite materials of natural shades, elements associated with wooden parts of sailboats, as well as hidden artistic lighting were selected.

The main WOW-effect is created by impressive atriums. Each of them, both round in shape and rectangular, has its own unique expressive frame. Thanks to the glass ceilings of the atriums, the interior of the mall is flooded with natural light during the day, which further enhances the effect of space and freedom.

In the design of the ceiling, AVG designers used an interesting effect of wavy slats, which are perceived as river flows and at the same time resemble the frames of yachts.

Due to its artistic expressiveness, River Mall is considered one of the best objects of commercial design in Ukraine.

Renovation of part of the Arsenal