A group of experienced architects and designers worked on the project, who in a short time managed to implement not only a functional and comfortable space for visitors, but also to convey the idea laid down in the naming of the mall. 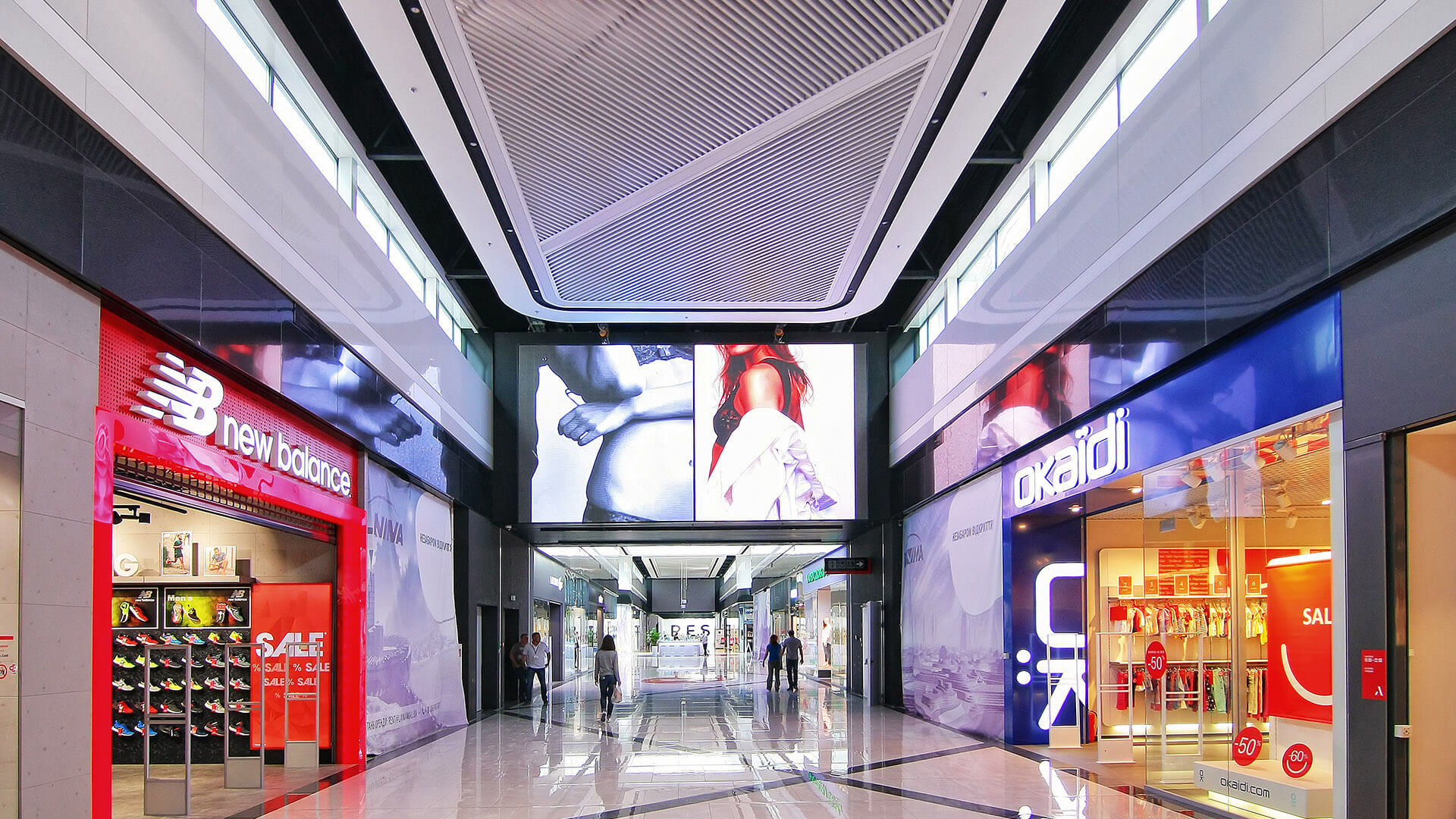 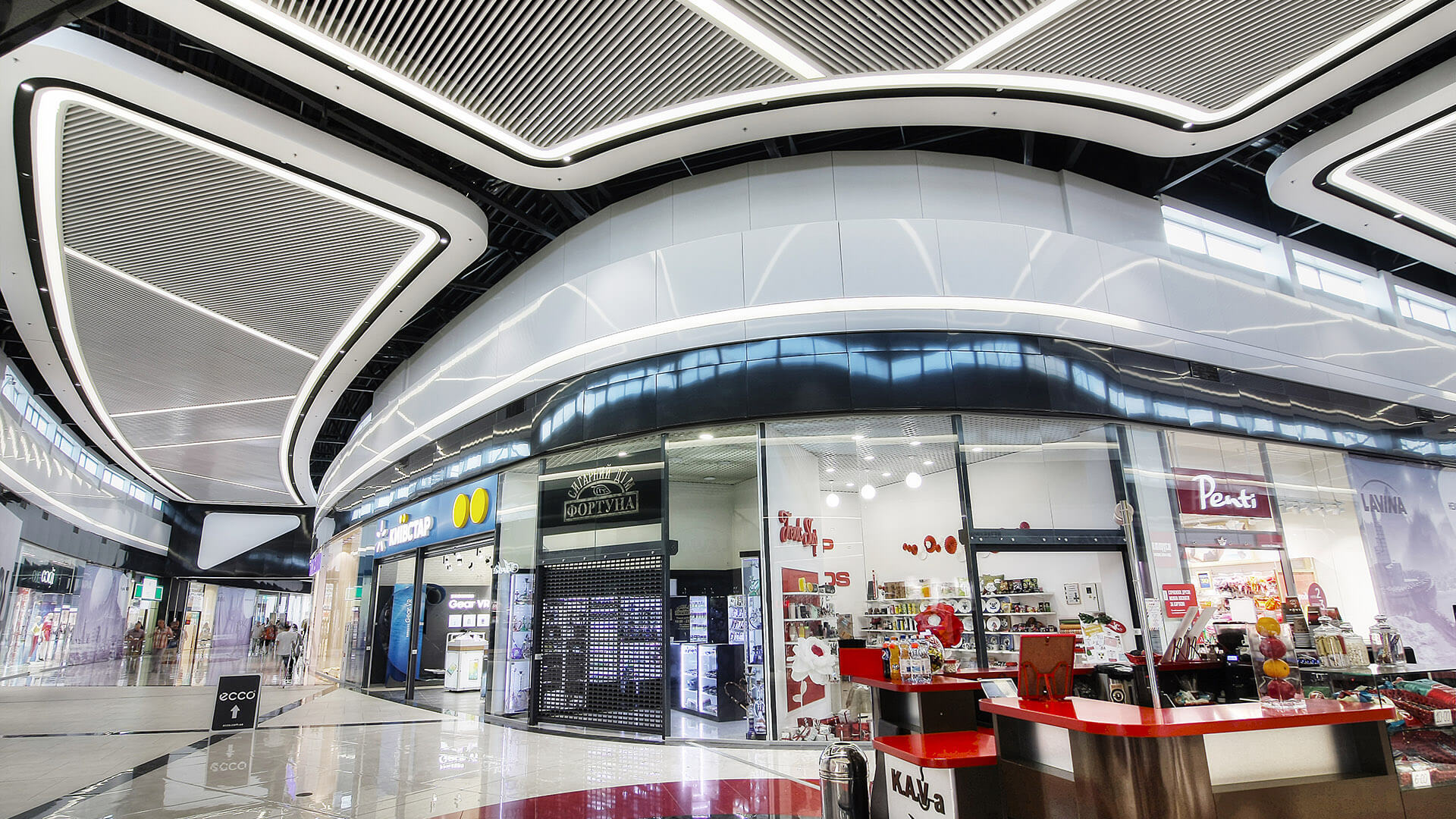 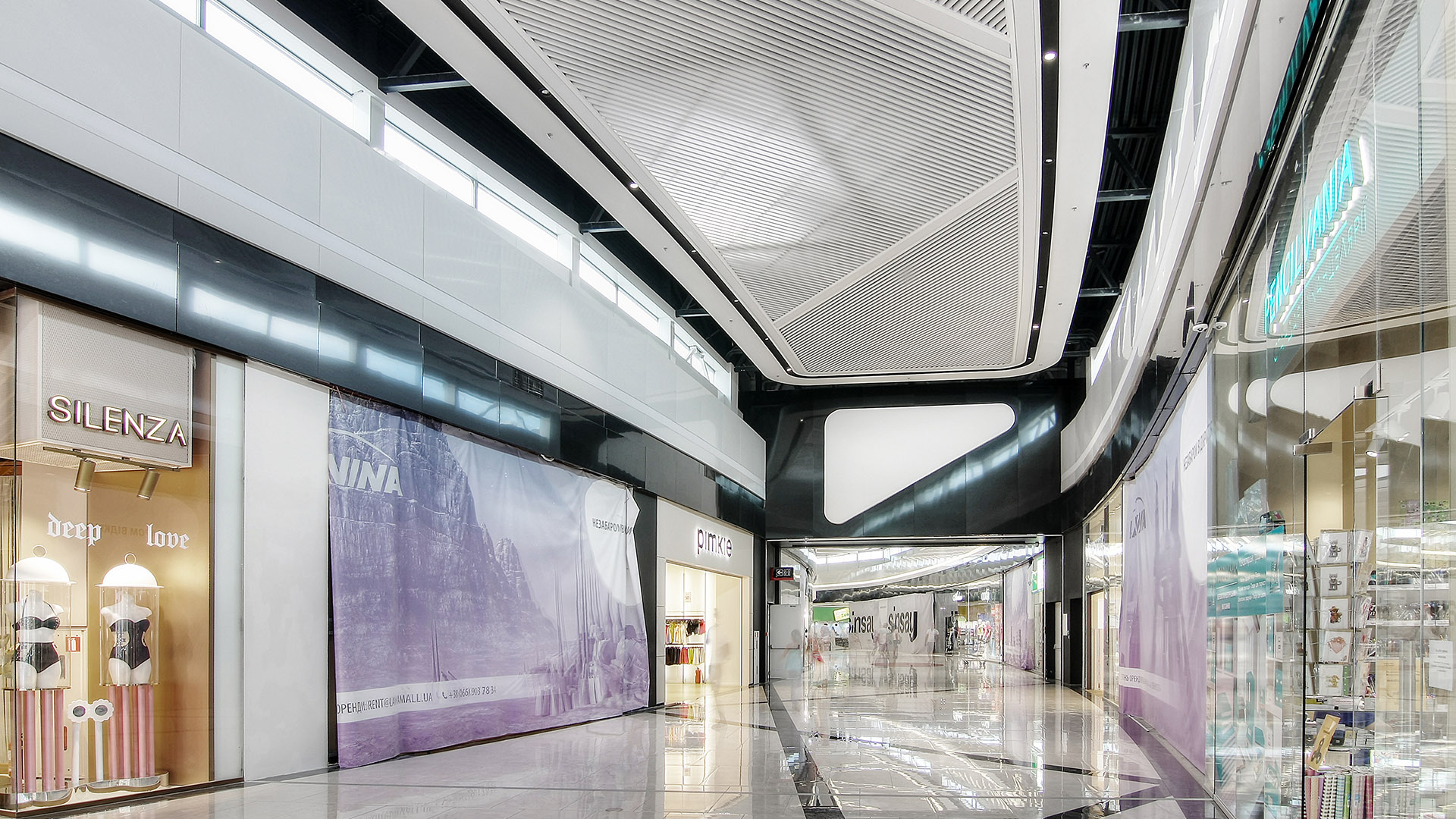 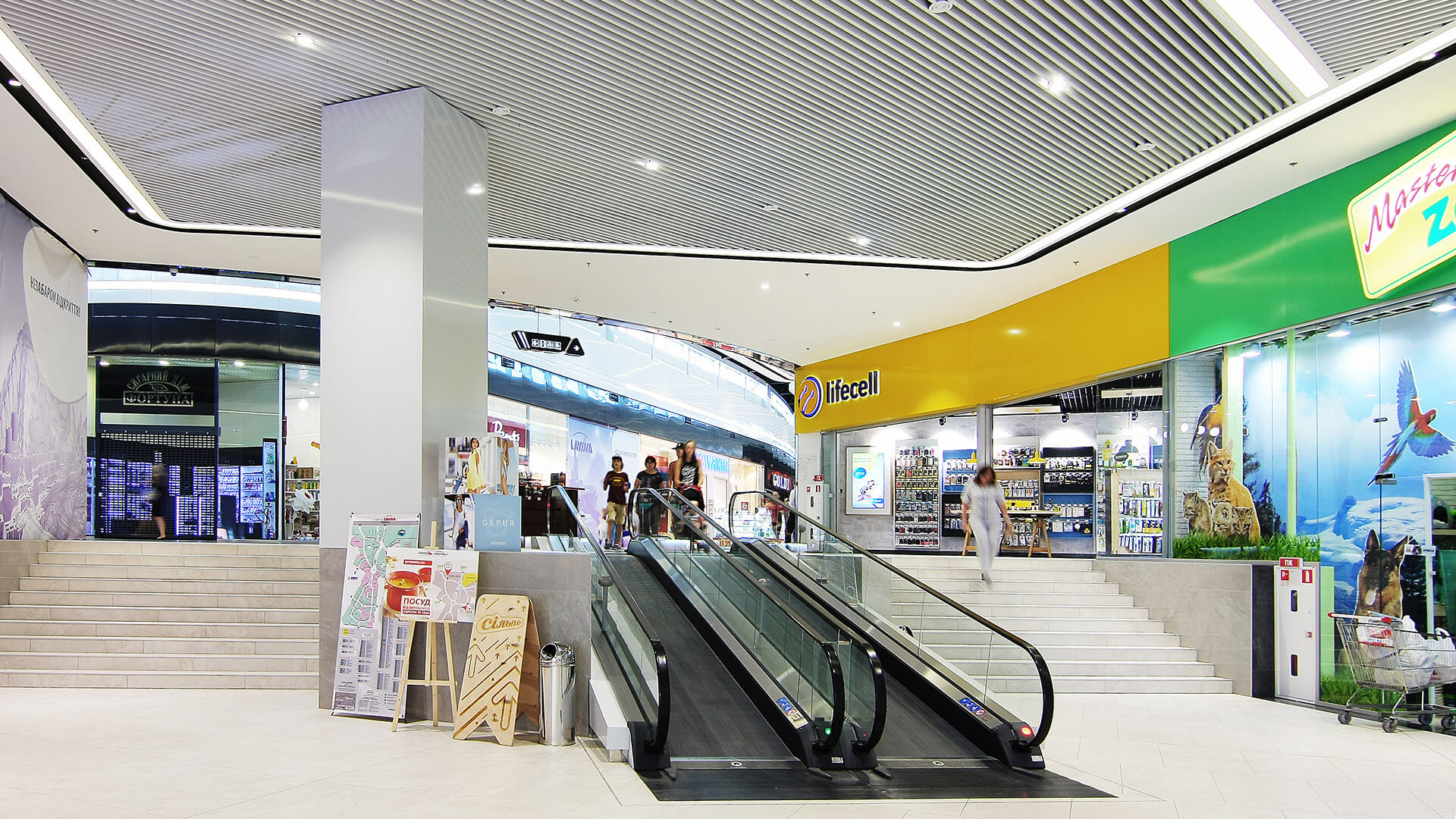 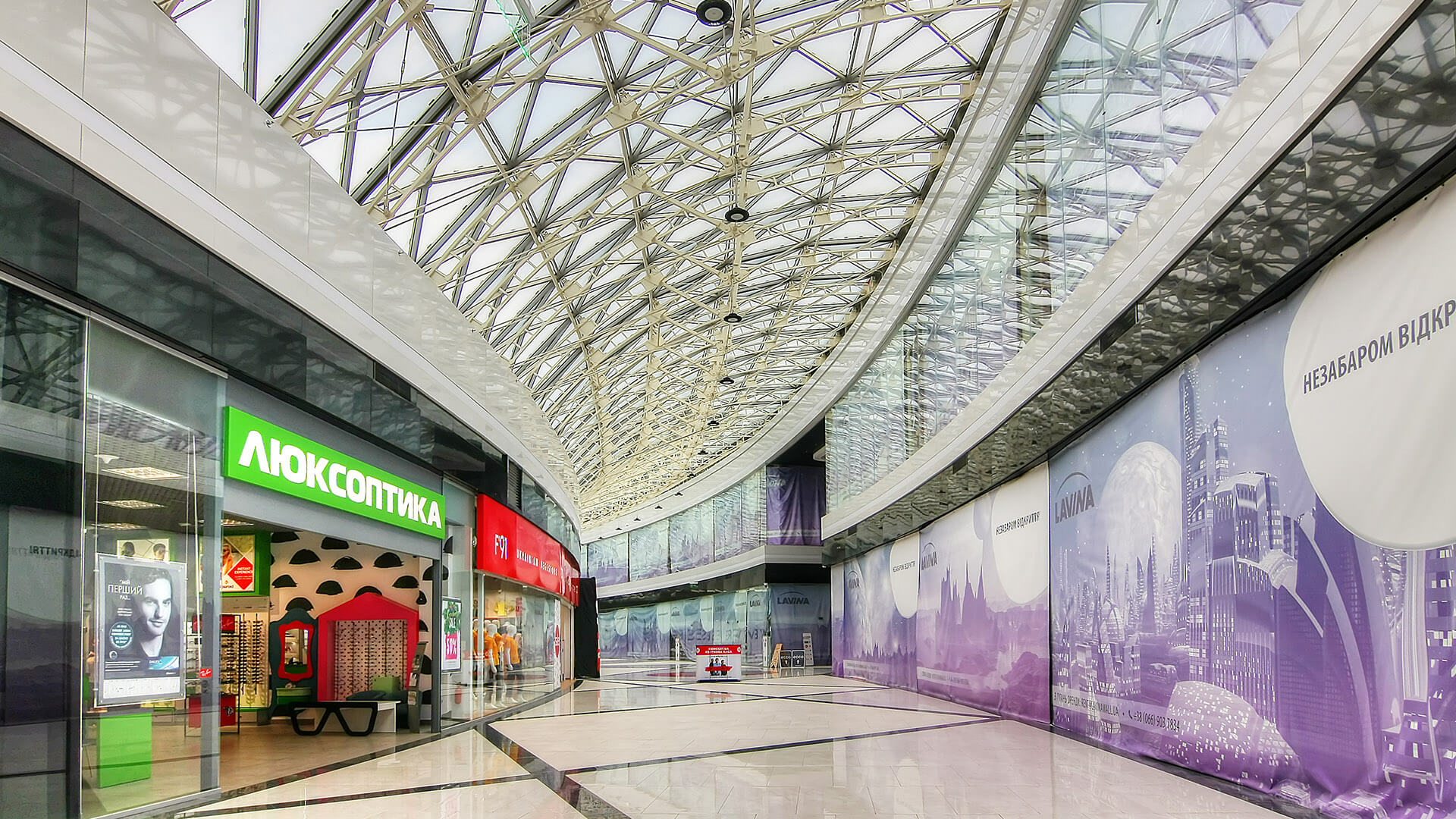 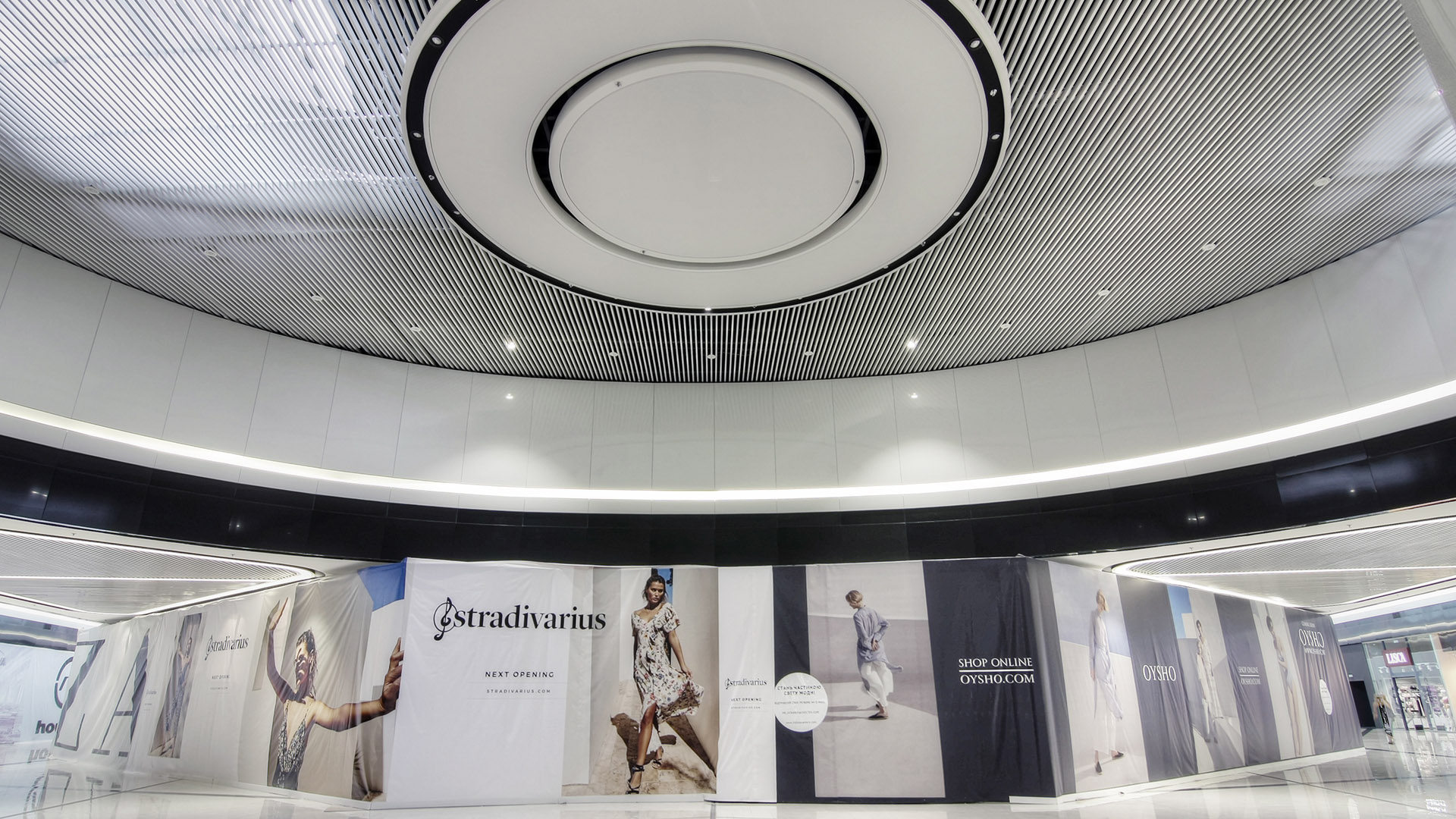 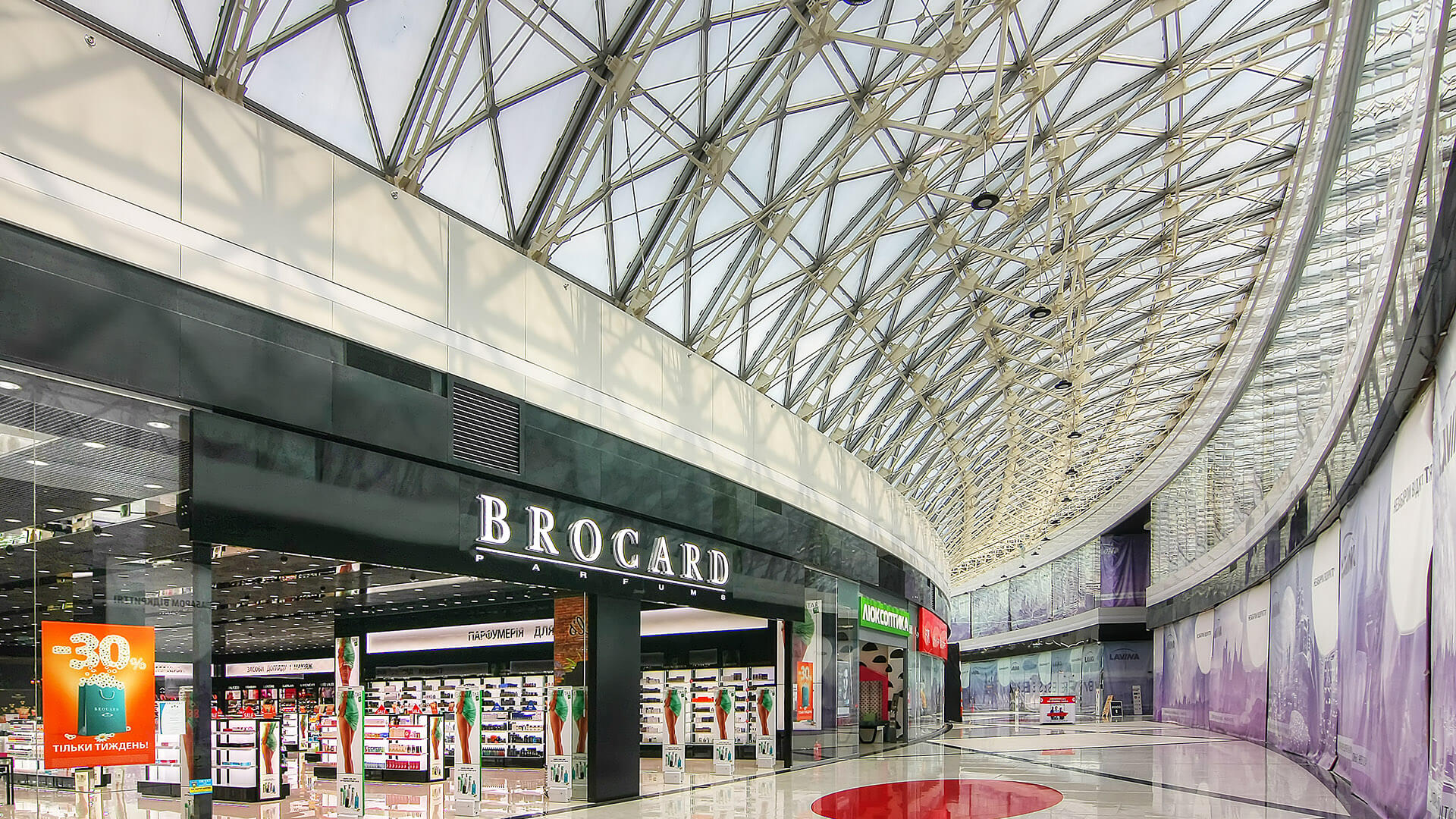 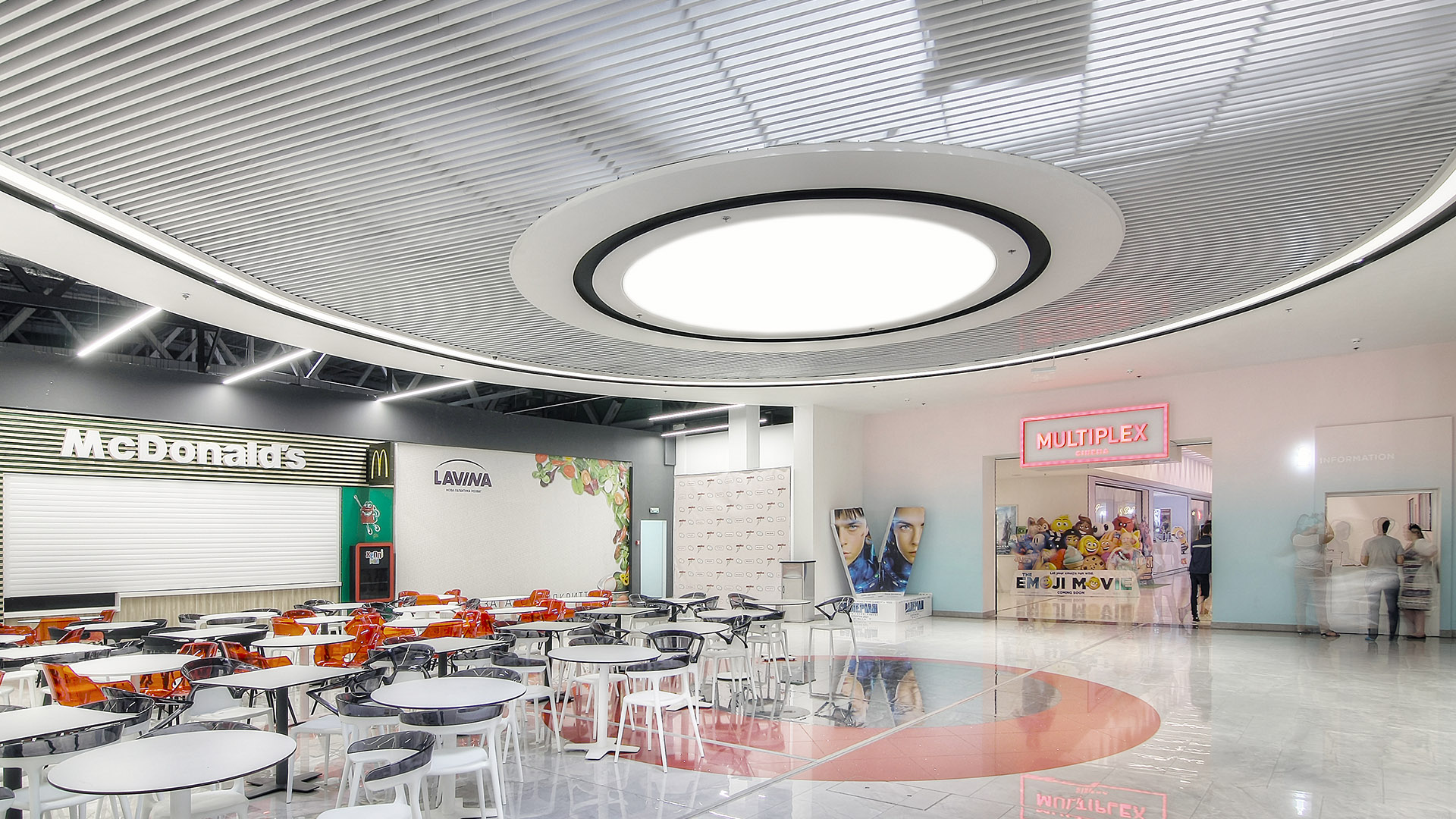 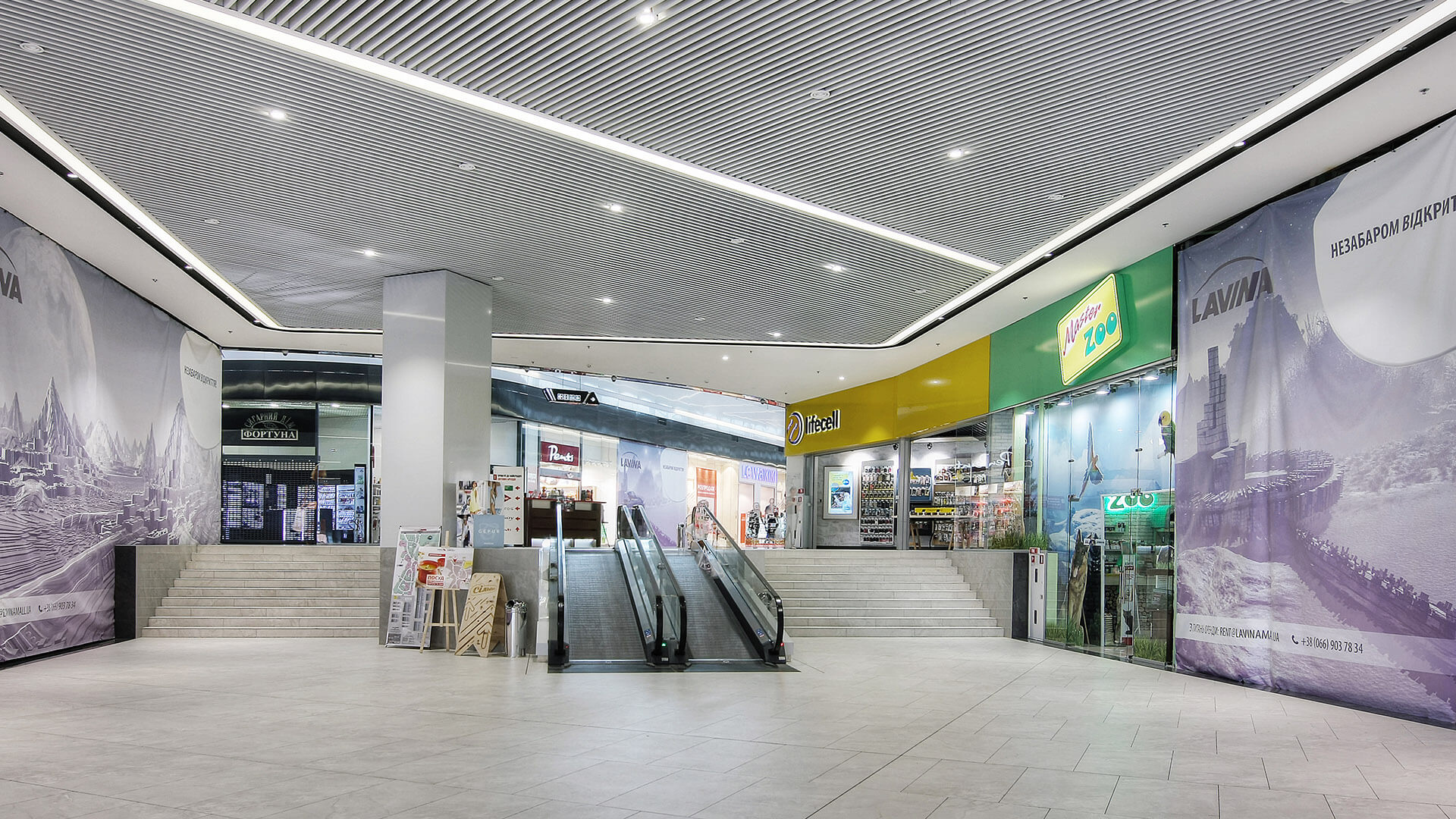 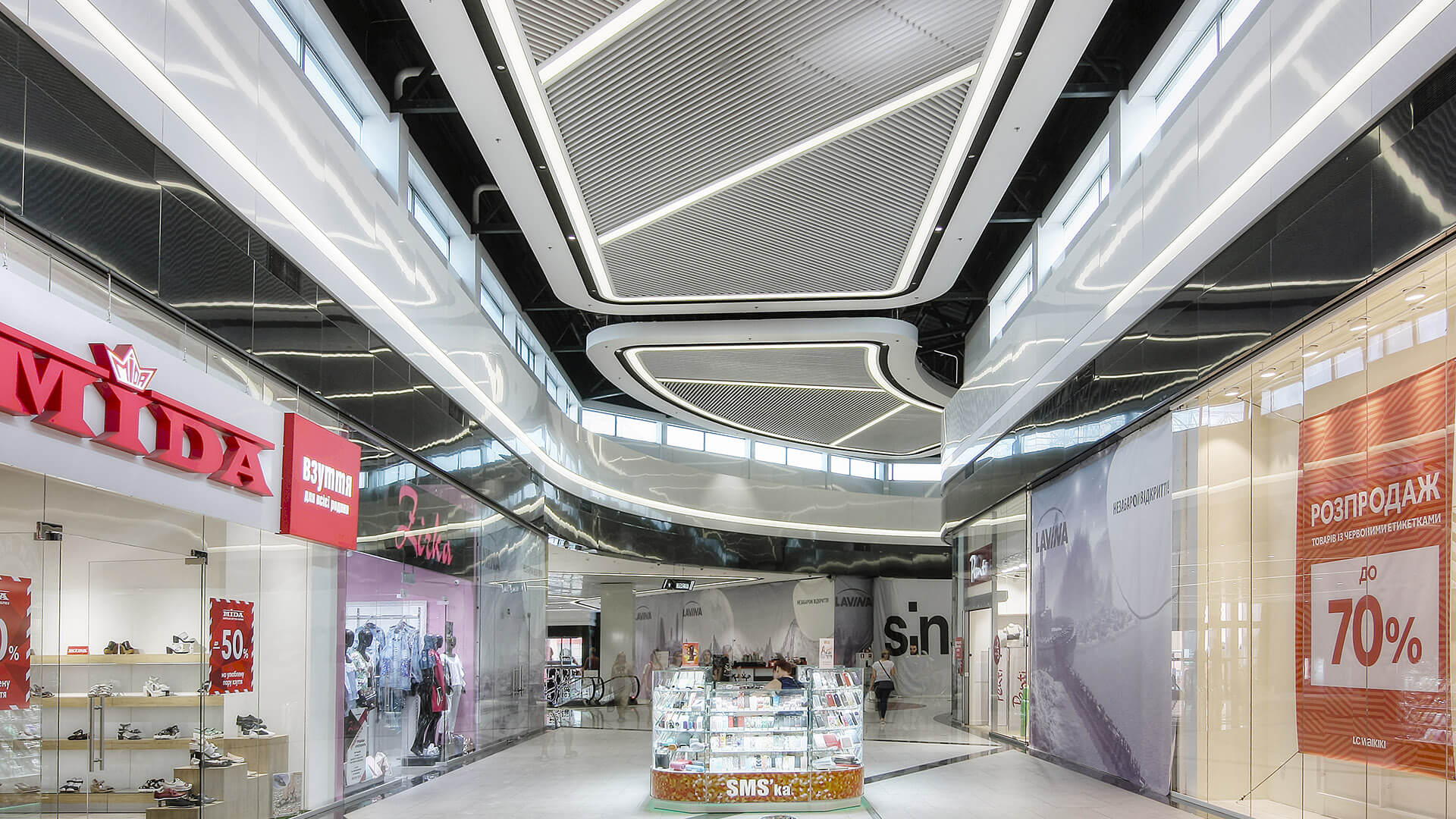 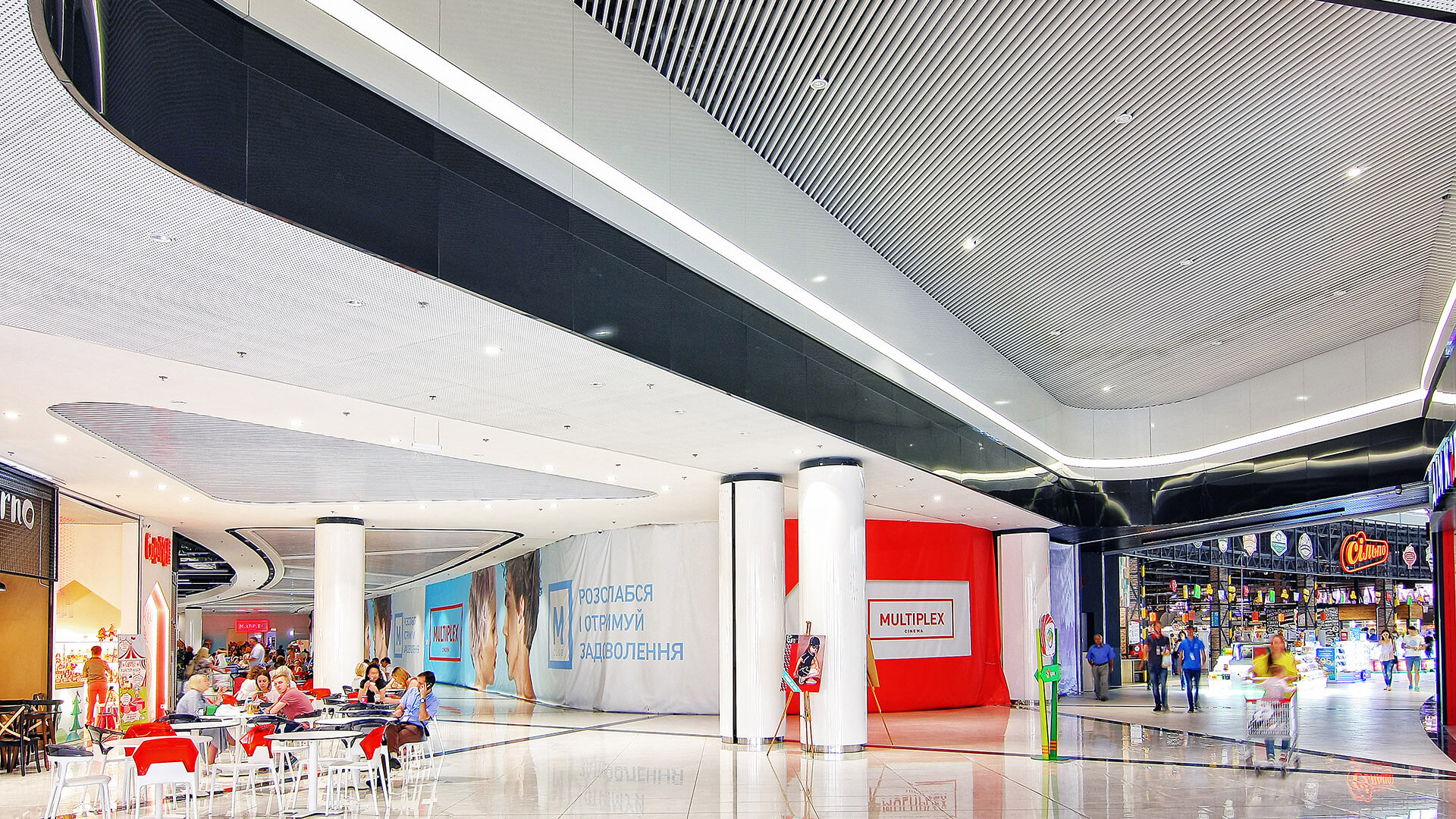 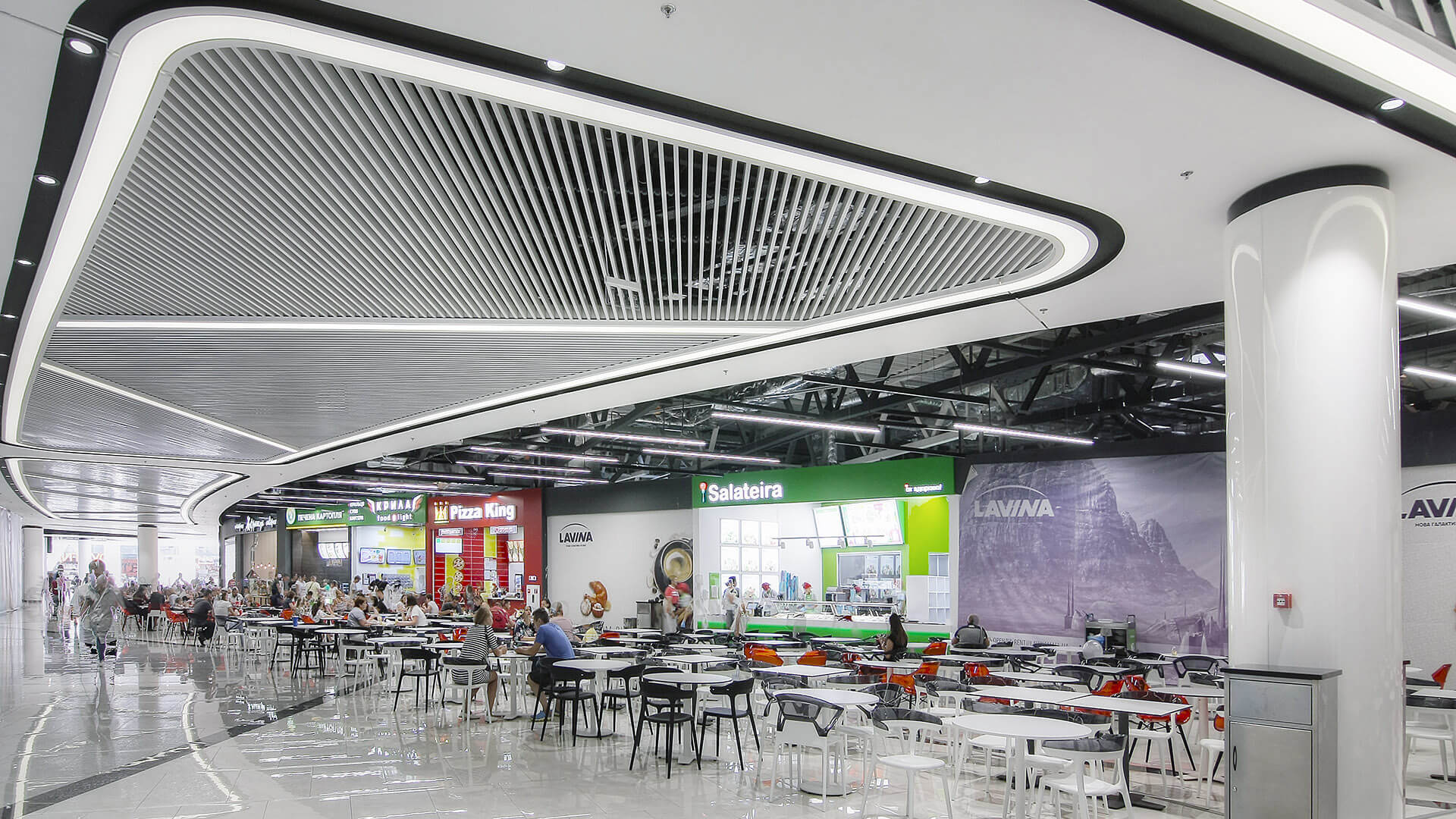 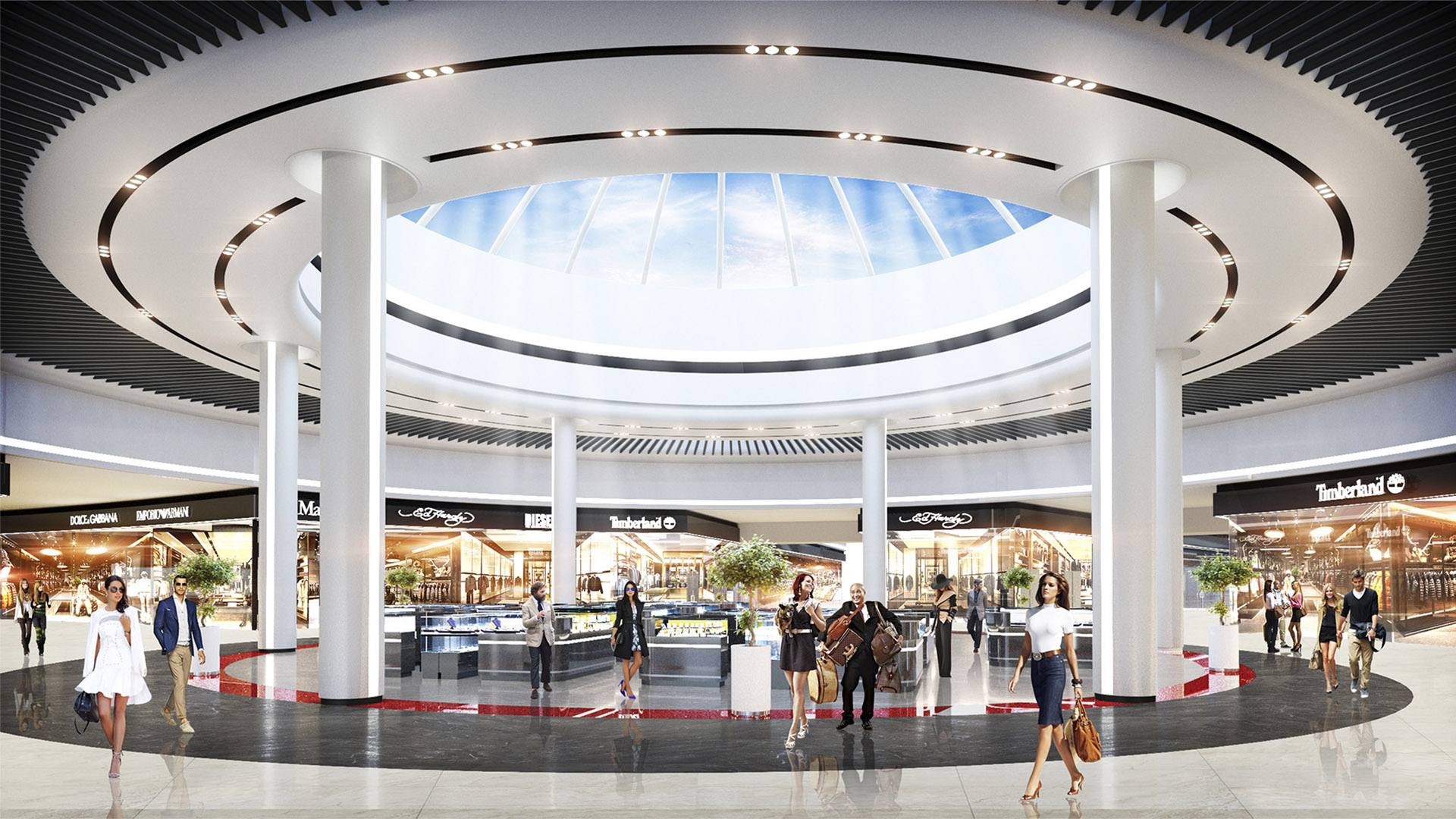 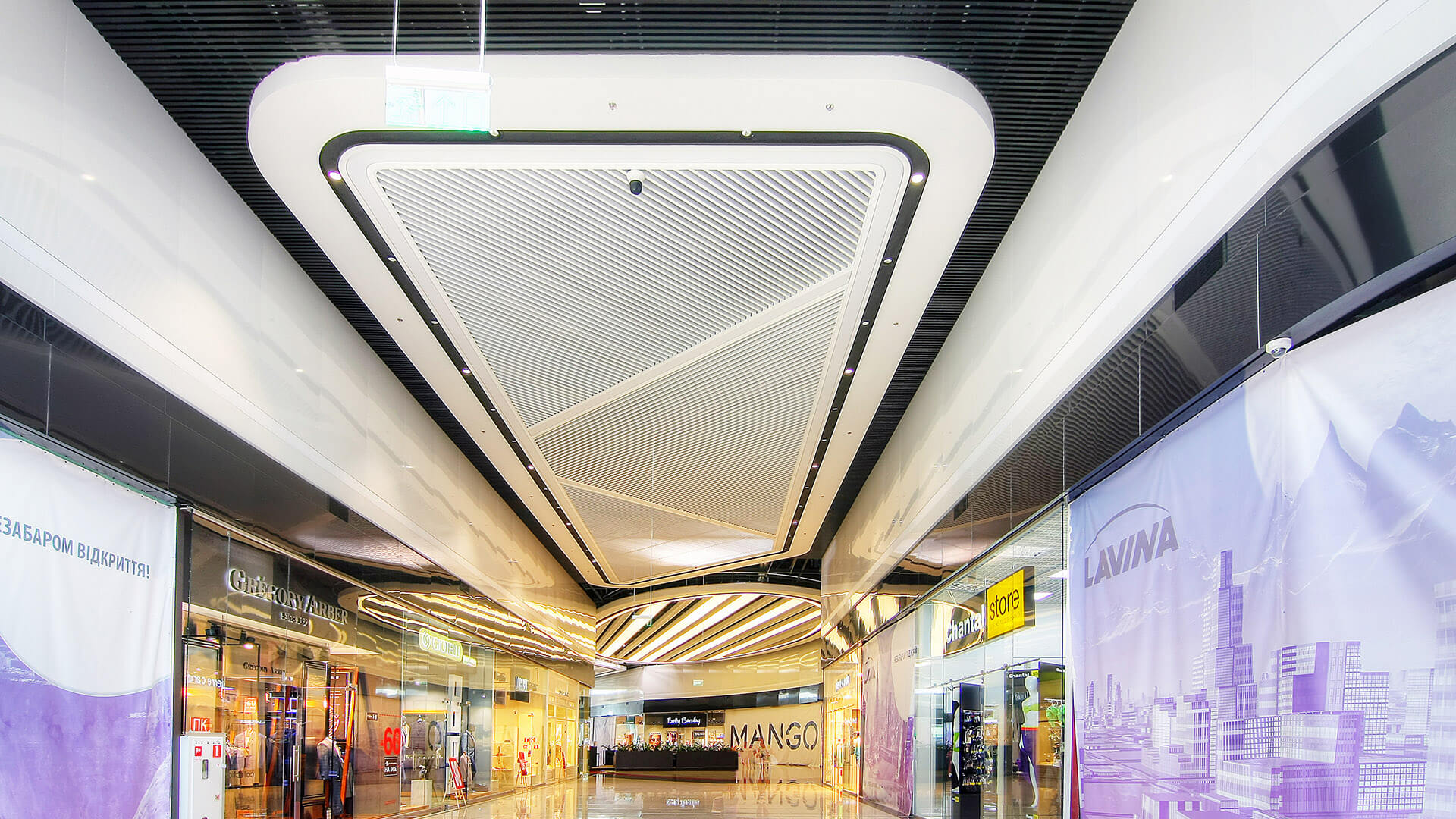 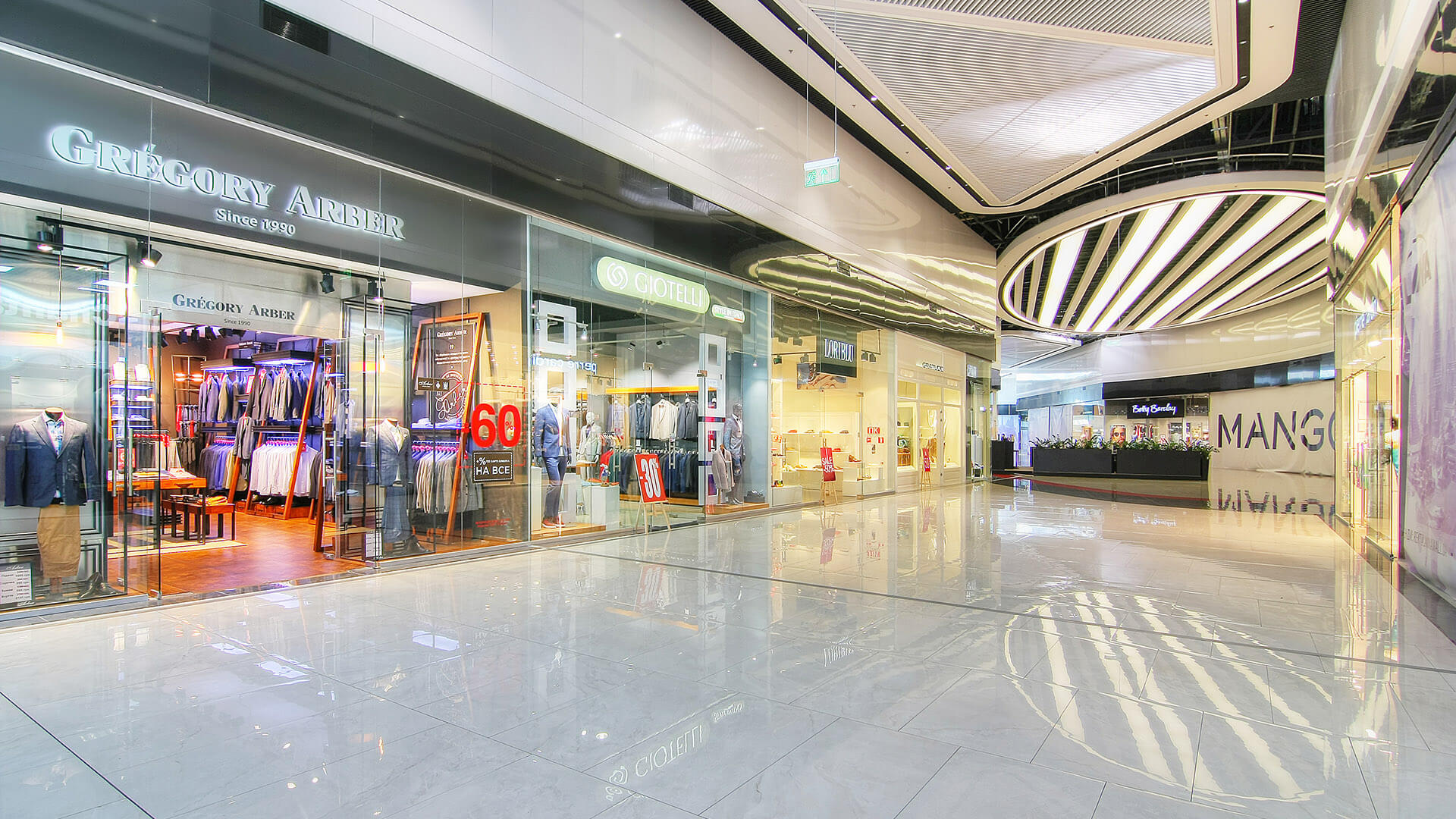 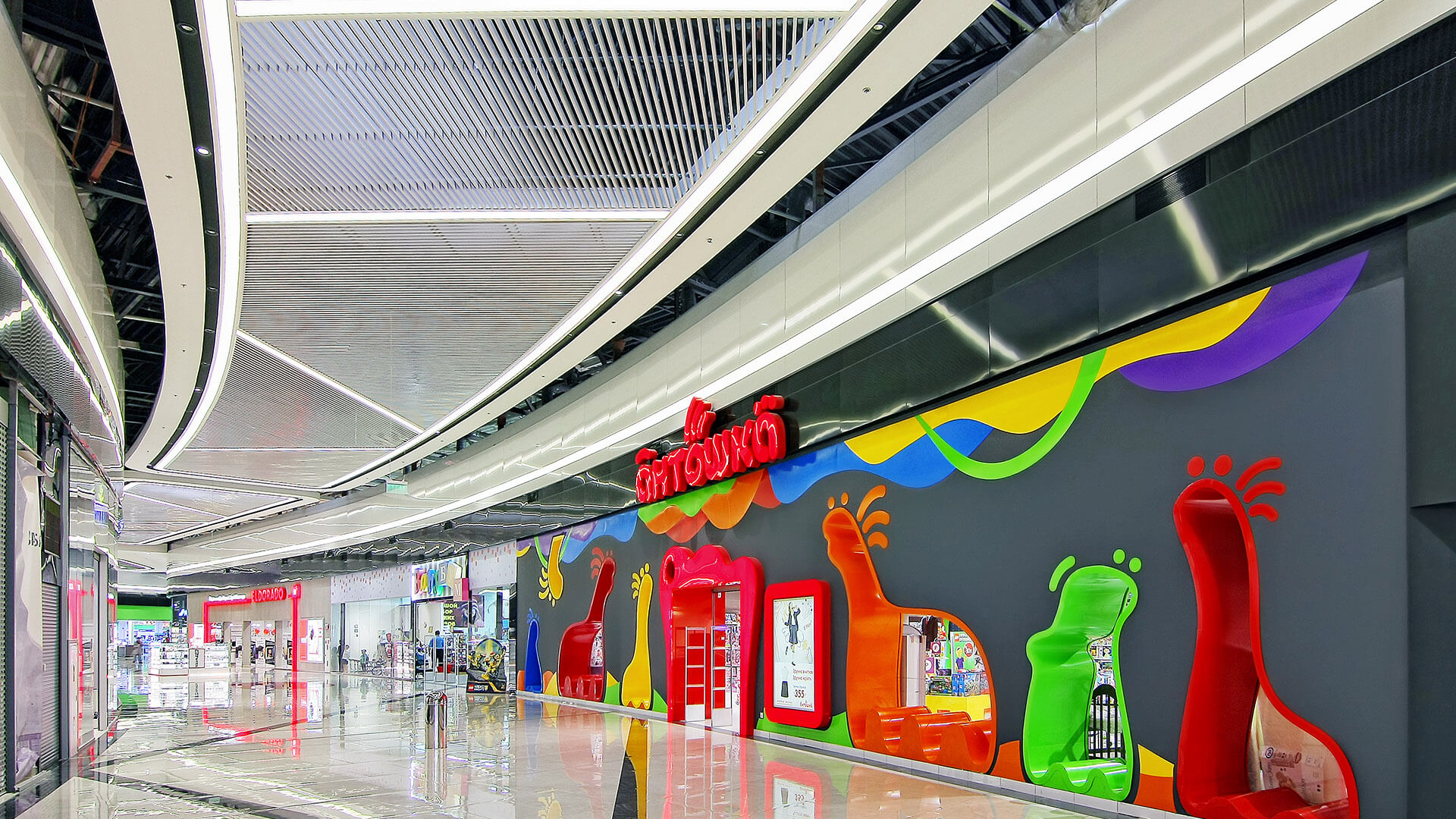 Behind each of the entrances to Lavina Mall is a large hall that helps visitors to adapt to its grand scale.

The materials selected by AVG designers created the illusion of natural spaces covered with snow. To implement this effect, for example, Imola Muse floor tile was used, the color range of which covers the spectrum from white to dark gray.

The central inlet group represents the air. A special film covers the glass vaults of the atriums. It lets in enough sun, creating a feeling of boundless space, typical of the mountains, while protecting from the uncomfortable blinding light on sunny days.

The image of snow is realized in the Fashion gallery. The Premium Gallery displays the water element.

Glossy floor tiles look like frozen water. It is logical that the designers chose the image of ice to embody in the part of the shopping complex where the jewelry boutiques are located. Precious stones and blocks of ice are very similar in appearance.

Visualization of the interior of the main hall

The central atrium is the embodiment in architecture of the image of an avalanche in which all its components converged. In the center is a fountain, the scale of which is impressive – its total area is 175 square meters, and the maximum height of water jets – 9 meters. Every night there is a light and music show, which recreates the northern lights. Specialists from Italy were invited to create the fountain. On the wall of the largest atrium of the complex there is an installation depicting the snow wave of the avalanche. The visual image of the avalanche is futuristic.

The logic of the concept, the combination of thoughtful style of each of the 500 shopping areas, the ability to decorate shop windows and install signs that do not violate the general idea of ​​the mall, naturally made Lavina Mall one of the most visited centers of recreation, shopping and entertainment, ie financially successful project. AVG has already brought well-deserved awards. 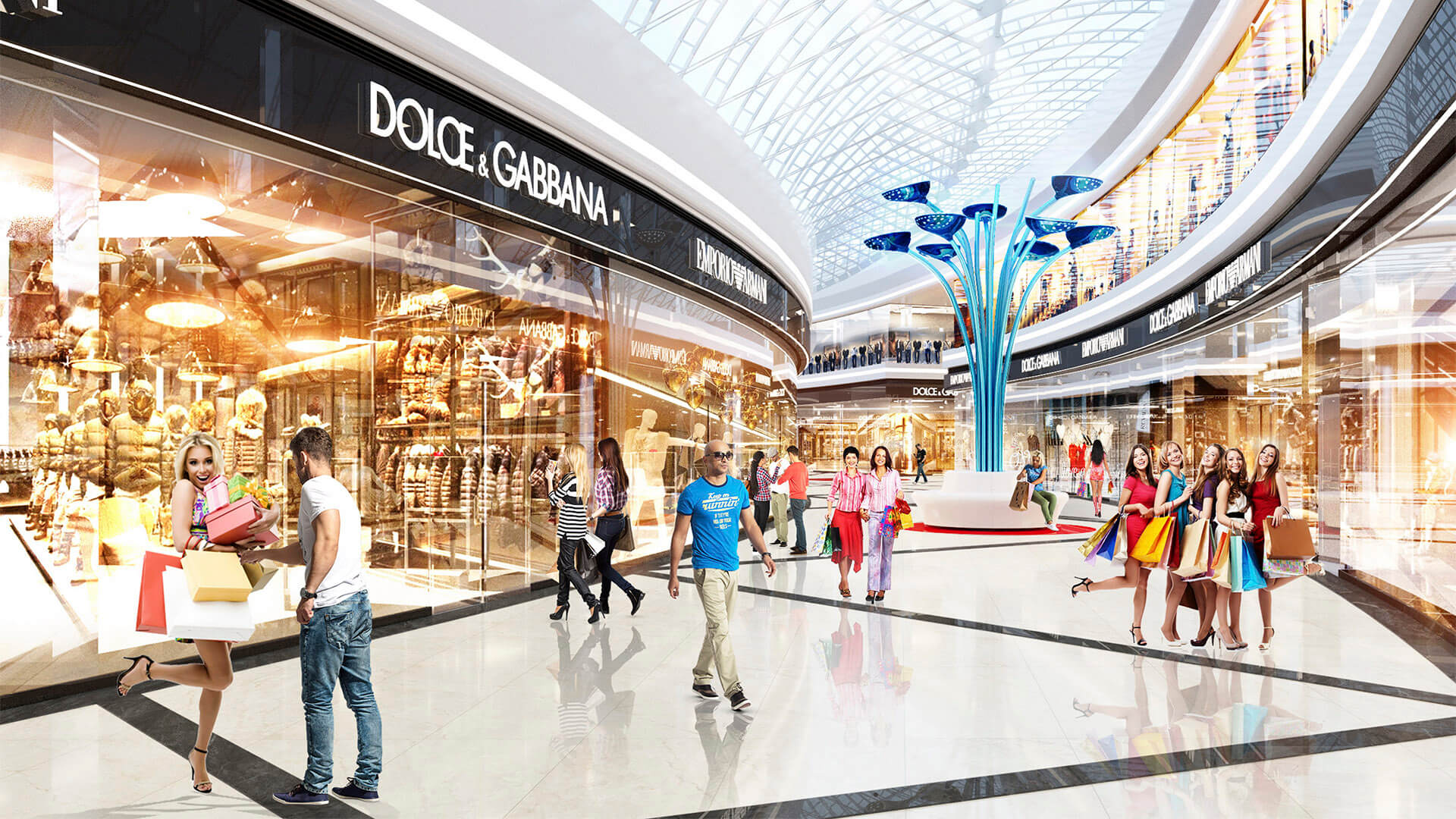 Visualization of the interior of a boutique gallery