Renovation of part of the Arsenal

Last year it was one of the abandoned shops of the Arsenal plant in the center of Kyiv, which was hidden behind a high fence without the access of ordinary citizens. Today, it is one of the most popular places for citizens and guests of the city, where famous restaurants, bars and bakeries, as well as coworking and educational institutions are represented. 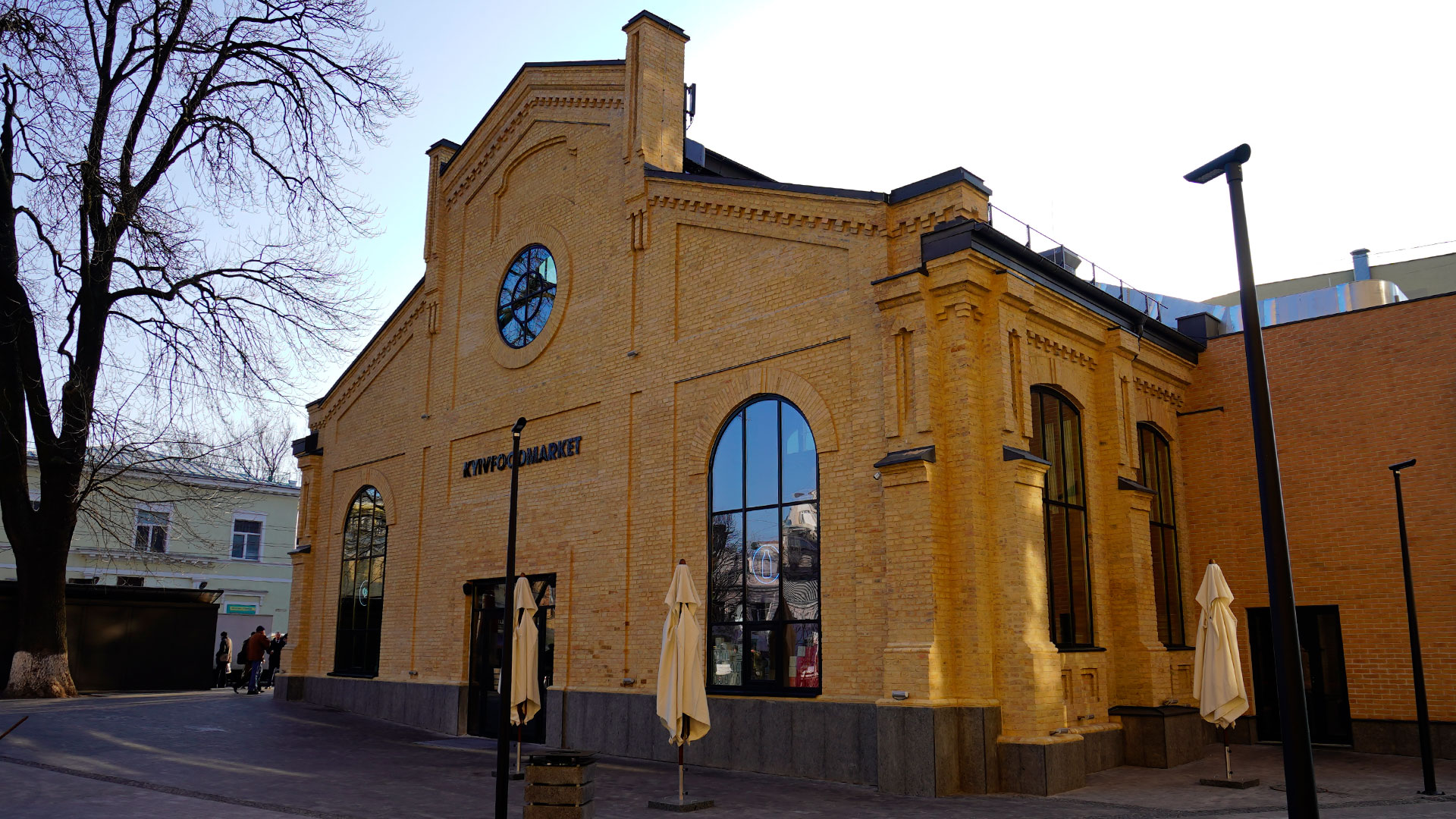 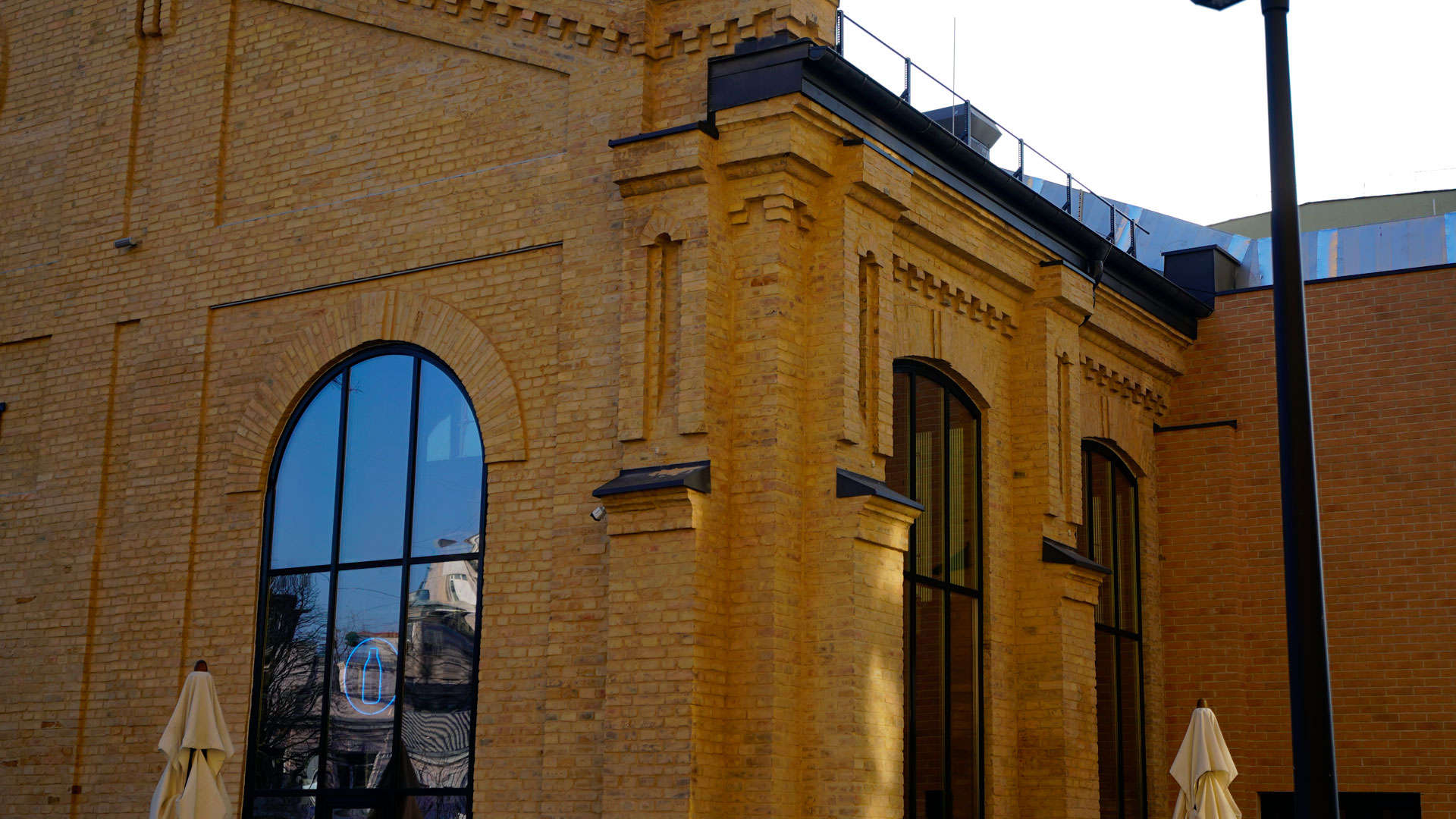 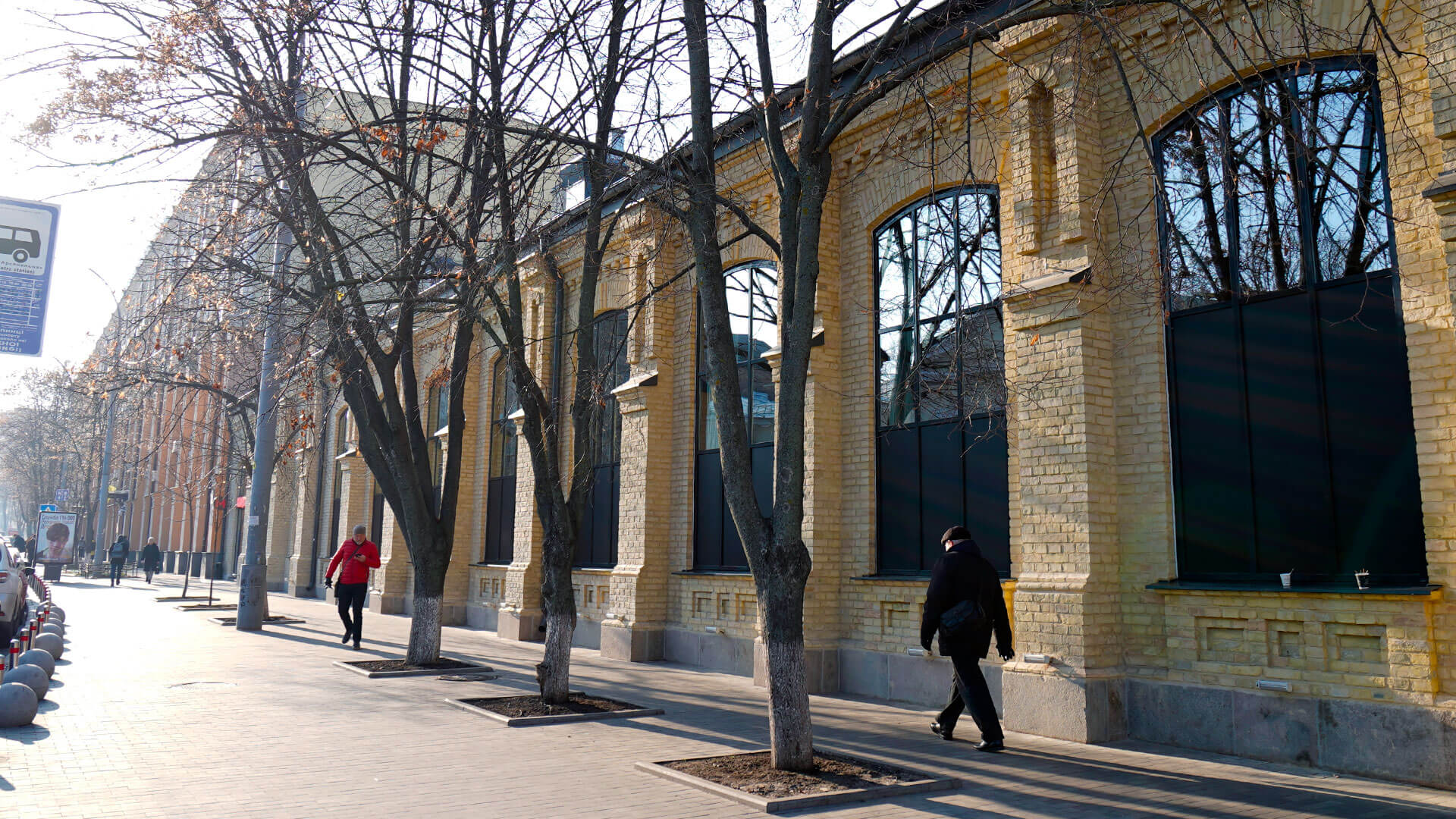 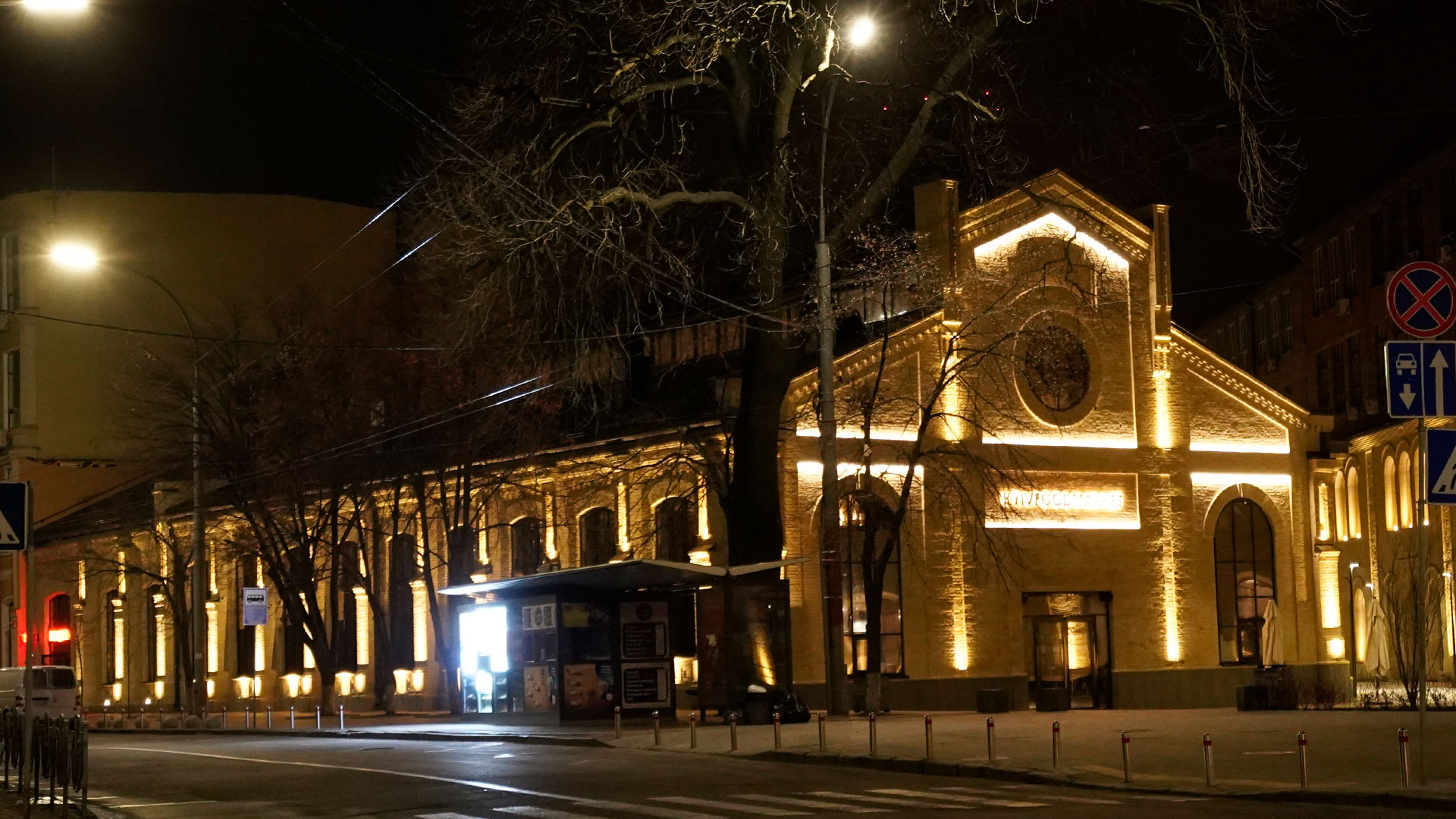 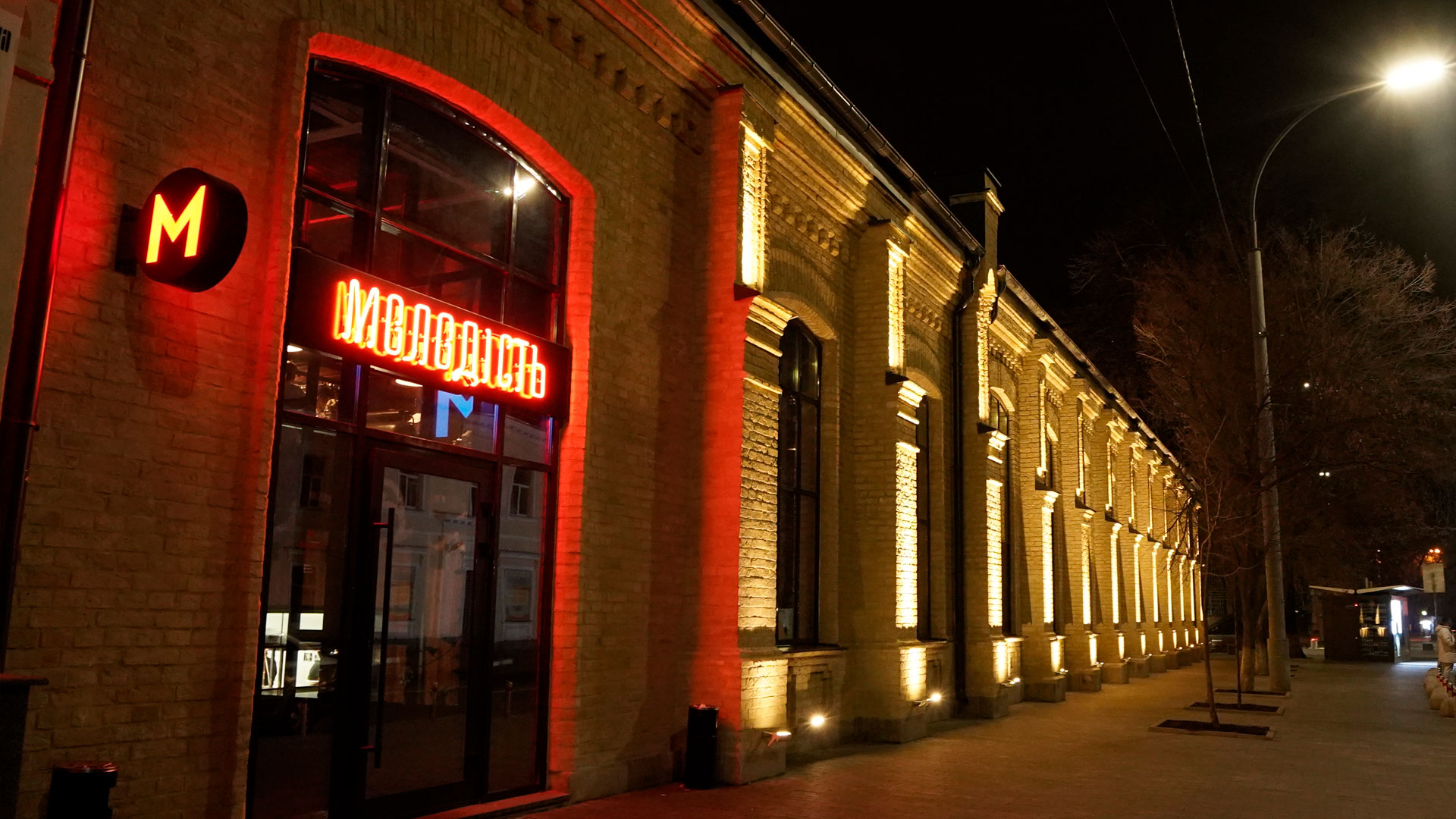 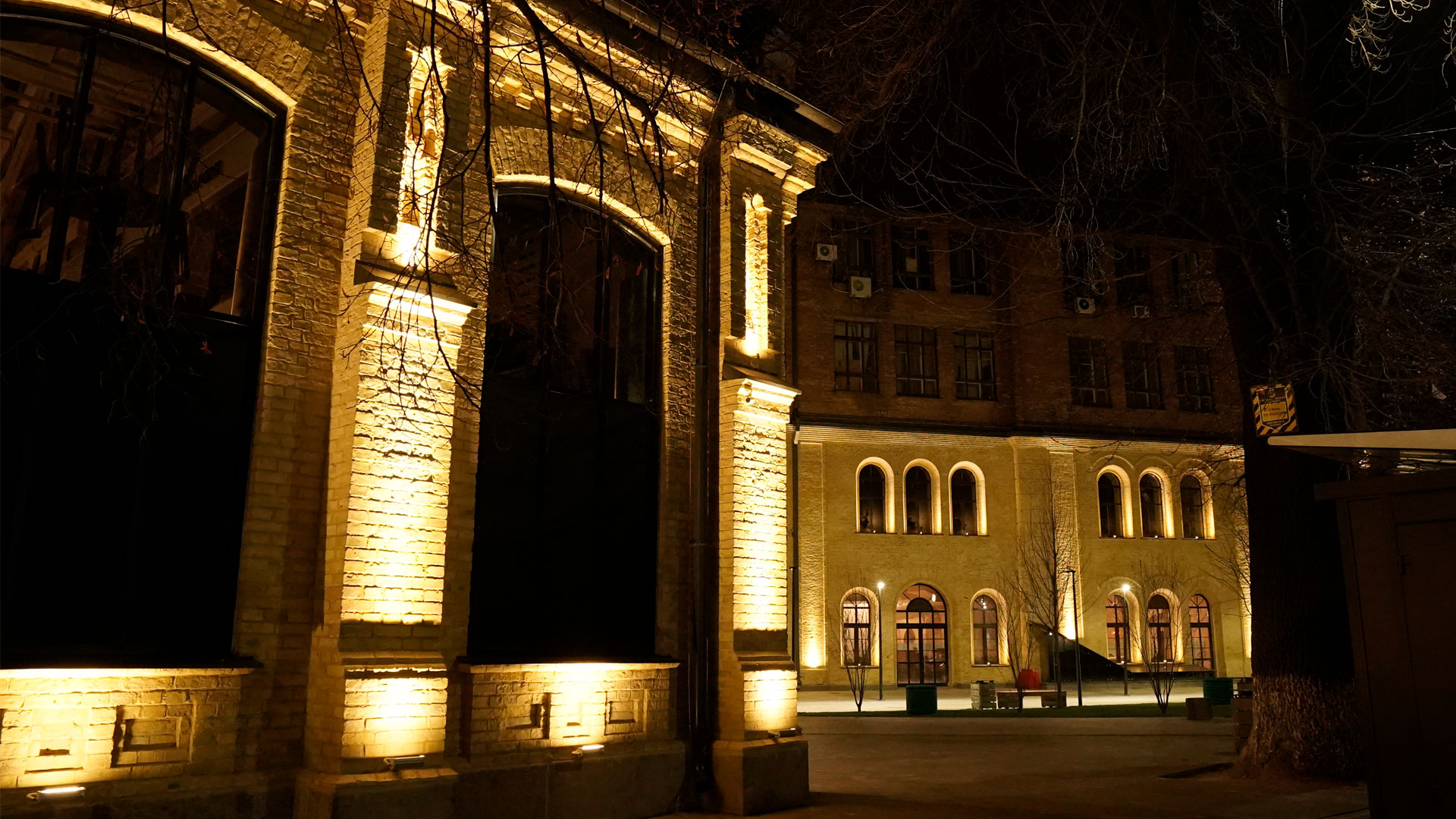 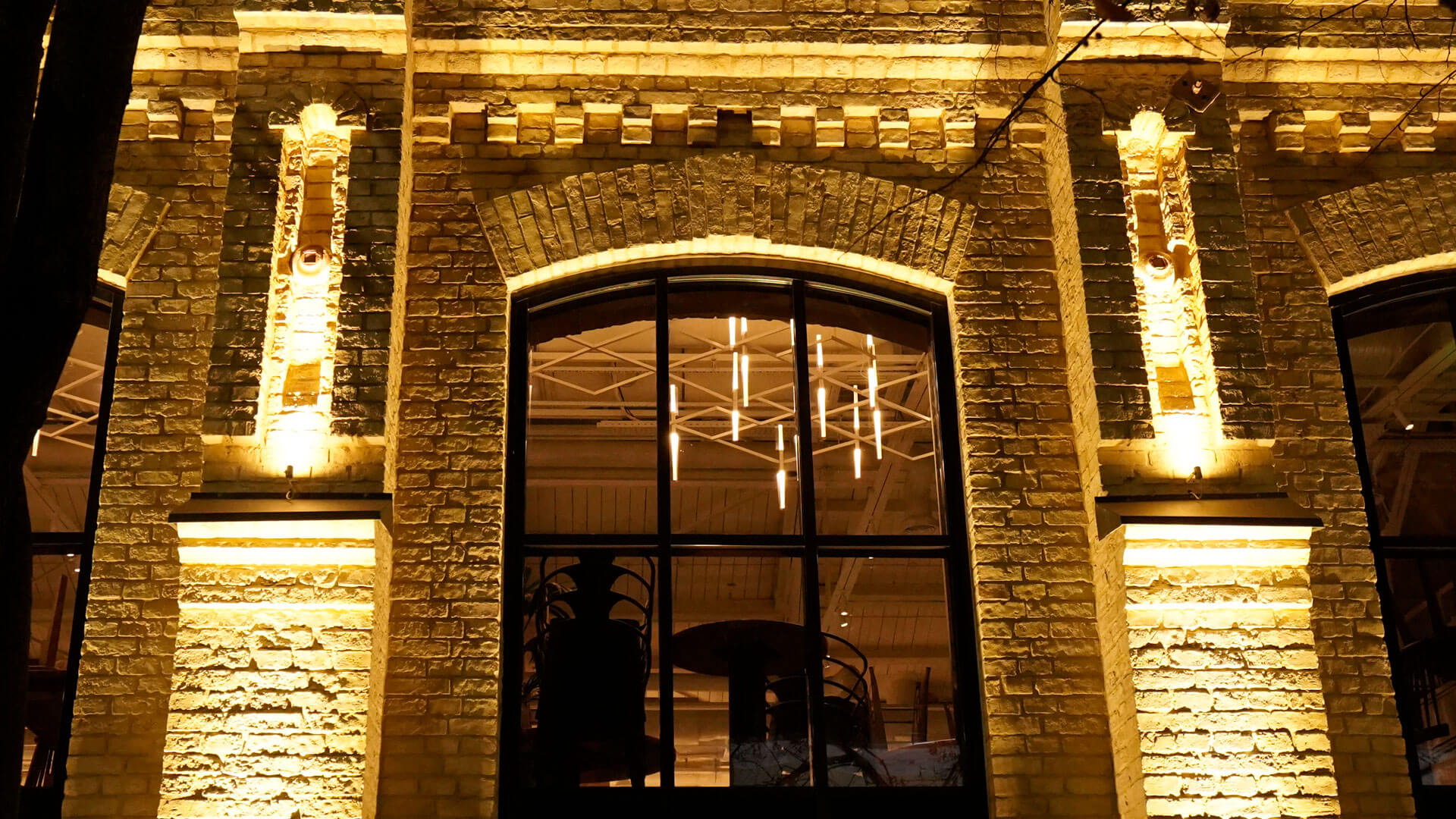 The territory of the Arsenal plant is part of the unique historical and architectural fortification complex of the Kyiv Fortress, which was formed in the late 18th – mid 19th centuries and remained the only one in Europe preserved in a fairly complete form. Kyiv Fortress is on the state register as a monument of urban planning and architecture of national importance.

The original volume of the Blacksmith’s Workshop (Pavilion №5) was built in the 1880s. Architectural solution of the eastern side facade on the str. Moskovska is made in the style of late classicism. As a result of the reconstruction carried out in 1907-1910 with additions, the architecture of the northern and western facades was influenced by the “brick” style with elements of Art Nouveau. Since 1930, the workshop premises have been used as a foundry. The building was not used for a long time and began to collapse. 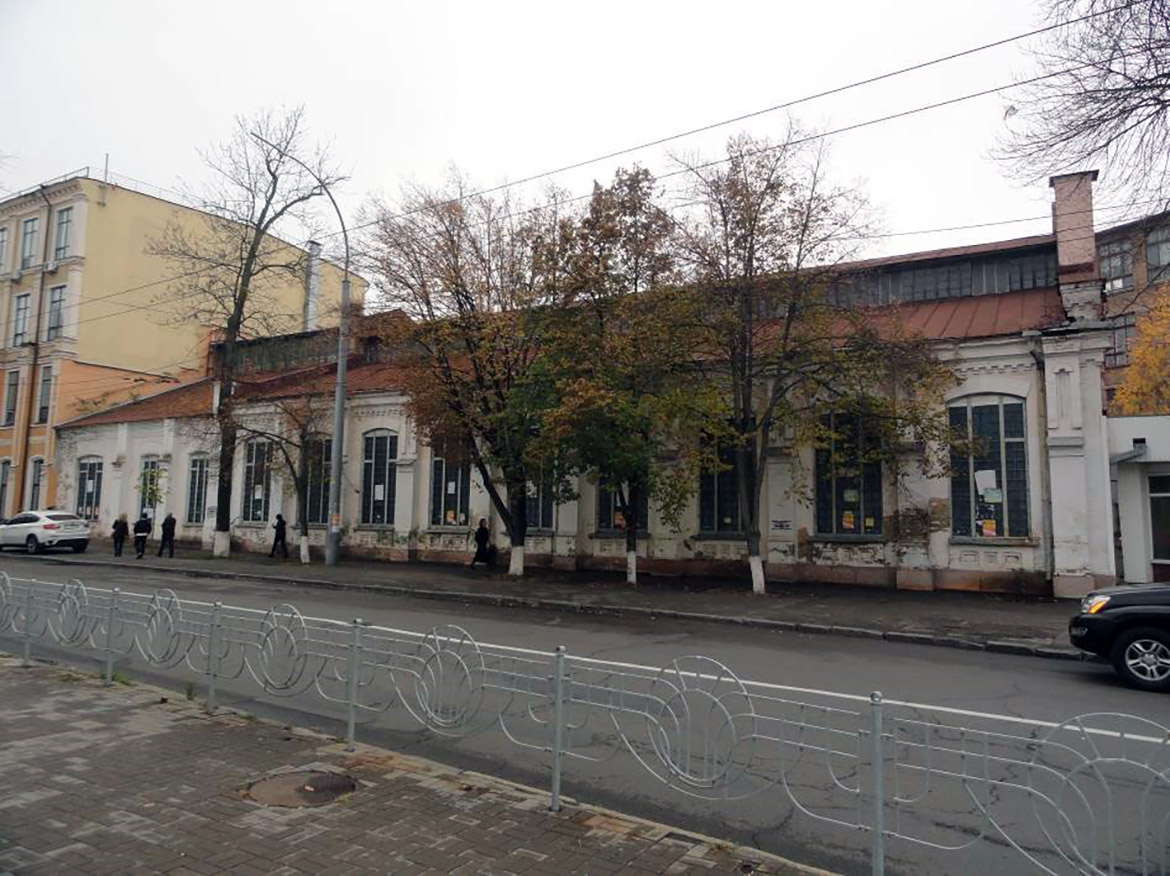 The building before the restoration process

One of the main tasks for AVG architects was to preserve the unique historical charm of the monument and to identify the features of the late “brick” style with elements of Art Nouveau. 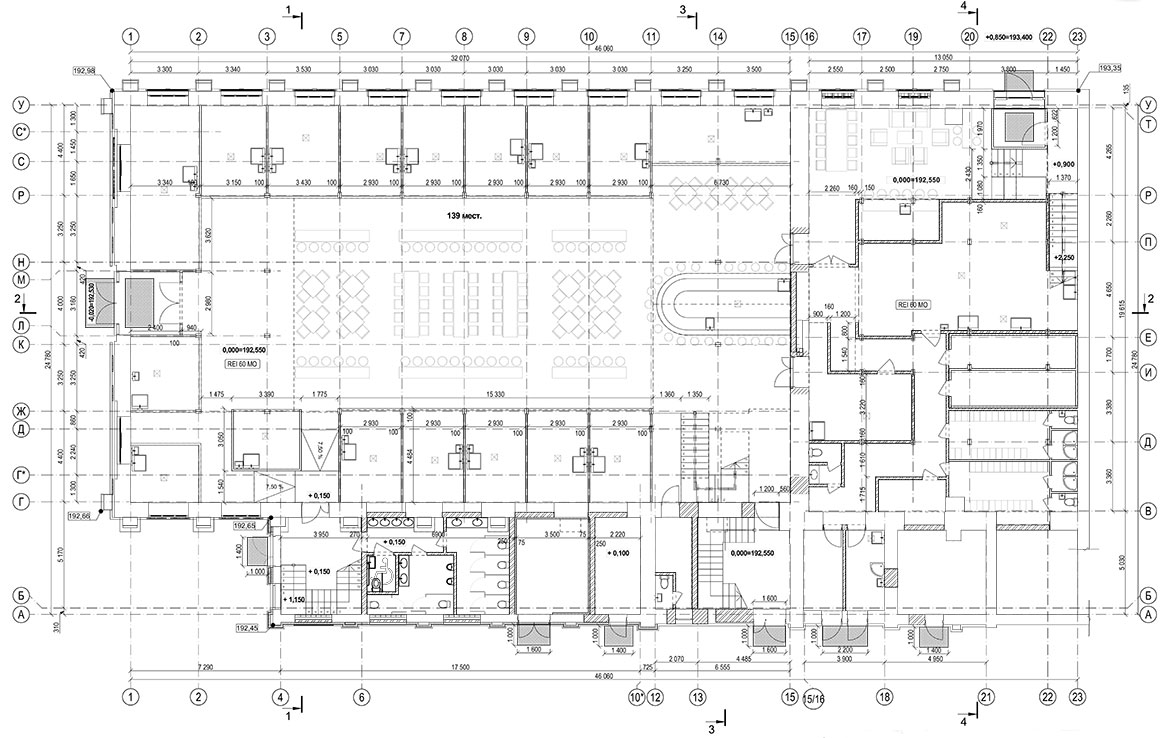 Plan of the 1st floor

In the process of scientific research, significant losses of elements of decoration and decor, a large number of alterations that distorted the original appearance of the building were revealed. During the restoration, the authentic brickwork of the walls was cleaned and restored, the roof construction elements were strengthened, the windows and doors were replaced, and the mezzanine was installed.

Thanks to the illumination of decorative elements on the facades, the former smithy of the plant looks like a real decoration of historic Kyiv. The project provided for the demolition of part of the fence of the plant and temporary structures that had no historical or artistic significance, and the arrangement of landscaping with a pedestrian zone and landscaping of the surrounding area.

The building houses two dozen restaurants and bars, presented in a democratic format of the city food market.

The opening of Kyiv Food Market, located in Pavilion №5, took place at the end of September 2019.

Head office of an education company